We got to the terminal only about 90 minutes before our flight to Bangalore. Since we had no check in bags and already had our boarding cards we had decided to skip the lounge and head directly to the plane.

After clearing security and dawdling through duty free we went down to the train to the C concourse from which our flight was departing.

When we reached our gate however we found nobody at the desk except for the our fights first officer. After a quick chat with him we got to know that the flight would be at least an hour late (probably more). The captain of our flight had called in sick and they were looking for a replacement.

Unfortunately it looked like the ground scheduling had also delayed any gate agents from reaching the desk since there would be a delay. Which resulted in the first officer acting as a gate agent and telling passengers the flight would be late. He was desperately trying to figure out the controls at the desk to make an announcement over the PA to the assembled passengers. But he eventually gave up and went around the area announcing it manually.

The lounge is in the center of the B concourse on an upper level. A dedicated escalator takes you up to the lounge entrance.

The entry to the lounge has two agent desks where your boarding pass is scanned before you enter. After checking with the gate agent she said there was no update on when the flight would leave but she would let me know once it showed in their system.

The lounge is semi-divided into multiple sections, each having some seating options, a snack counter and some refreshments. There is a central section which houses the main self-service bar and a buffet spread to one side of the lounge.

The seating and decor while completely functional and comfortable is a bit dated.

The lounge also has two business centers and a kid’s zone.

As in the primary lounge at the main terminal, BA has a reasonably large selection of cold and hot options in a buffet. While I didn’t eat anything during this visit – I’ve usually found the food at the Galleries lounges to be quite decent. 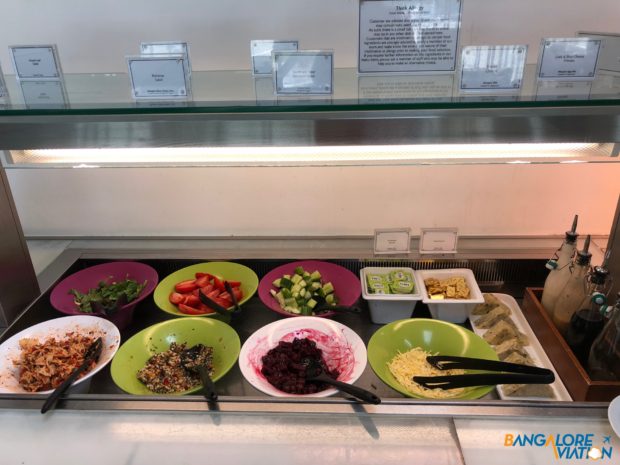 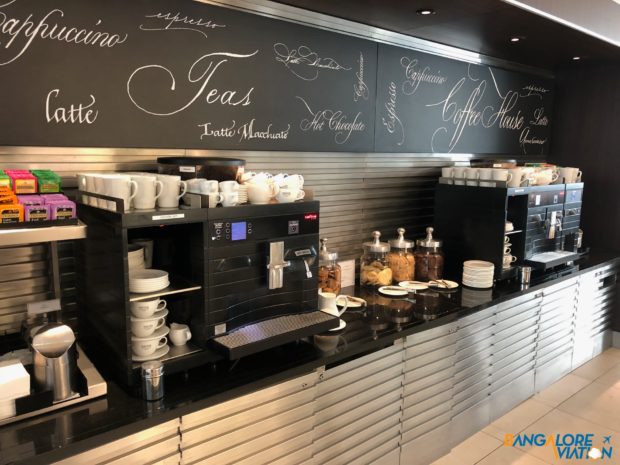 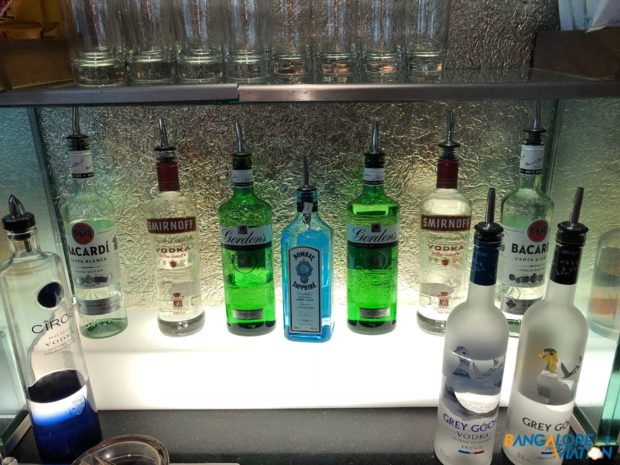 The wine selection looked slightly smaller than the main lounge. After about half an hour in the lounge, the agent who check us into the lounge found me and told me our flight would be boarding in another 30 minutes and that we should plan to leave the lounge in about 20 minutes.

I find the Galleries terminal 5B lounge to be a far superior lounge to the lager Galleries lounges in the main terminal only because of how much emptier it is that the primary lounges. It offers the same large food and beverage selection as the larger lounge and also has a nicer view.

If you are departing Heathrow from either the B and C concourse of terminal 5 – this lounge is undoubtedly a better option to the business class lounges in the main terminal.

A frequent flyer for both work and pleasure - Vedant has held elite status on many of the major alliances and airlines. Also an avid aviation photographer, his pictures have been published in and on the covers of many international publications.
@TheVedic
Previous Air New Zealand rap’s it’s newest safety video
Next Burundi blocks an international flight over ‘No’ business class