We left the lounge for a second time at around midnight when the lounge agents told us the aircraft would be boarding. The aircraft started boarding at around 15 minutes past midnight around three hours behind schedule.

When we reached the aircraft a member of the cabin crew checked our boarding passes and pointed us to our seats. At my seat there was a blanket, amenity kit, headphones, menu and a bottle of water waiting. As I took my seat and settled down the crew were rushing trying to get passengers squared away, so that the aircraft could leave.

American uses a 1-2-1 layout for its business class with five rows in the forward cabin and two behind the galley. The seats are rear facing for every alternate row.

The seat which is manufactured by Zodiac follows the modern standard of reclining into a flat bed and direct aisle access. The seat is built in a way that does not offer much privacy but there is no cubby to place your feet so it feels a lot more open. I am happy to trade the extra privacy for the open nature of this seat.

There is a shoulder strap on these seats that must be worn during takeoff and landing and the seat while comfortable is a bit on the narrower side. The seat has multiple charging points but no too much in the way of storage. A small nook for your phone, a space by the seat for literature where you could also fit a laptop and a space under the foot rest. 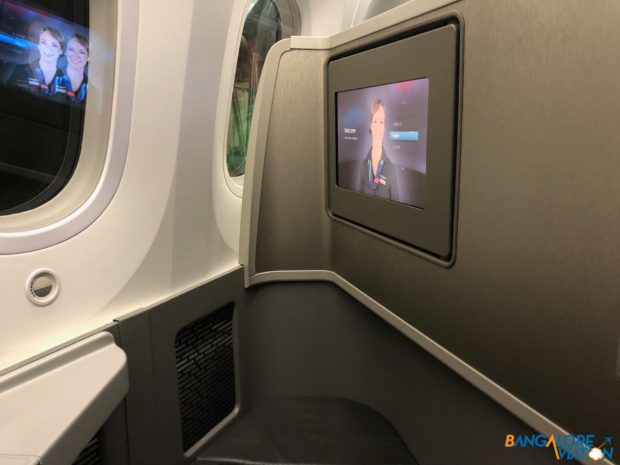 The seats are sufficiently wide and the bed when reclined was comfortably long enough for me. I really like seats that don’t place your feet in a cubby since it makes it a lot easier to flip over.

All the seat functions are controlled by a touch screen interface to the side of the seat. AA also has individual air nozzles over every seat. 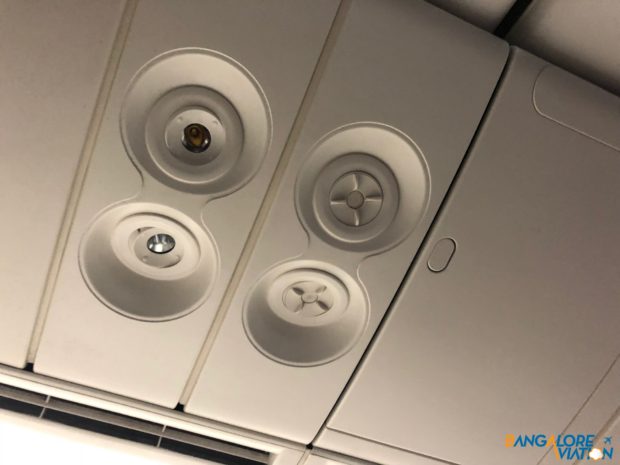 As I was getting comfortable, a steward came over and offered me a drink – the choice was between water, orange juice and champagne. All the drinks were served in plastic glasses. 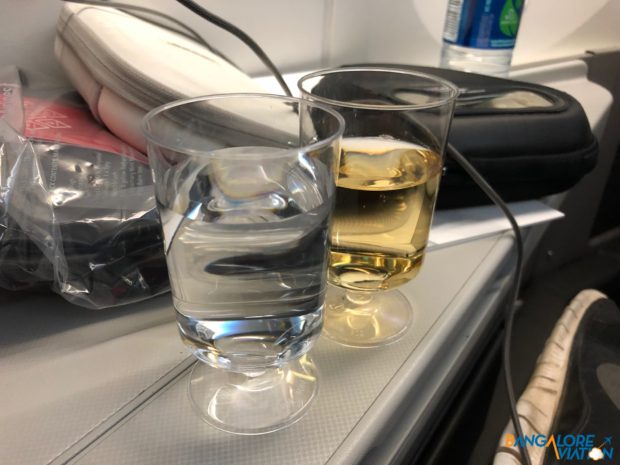 As the flight pushed back, the safety briefing began. Unlike my flight on AA’s 777 – the crew came by opened the IFE on each passengers seat and then closed it after the briefing.

Once the flight took off, I was offered a hot towel and the steward confirmed my meal order. He jokingly thanked me for booking my meal online – since it made his job easier.

While the meal service was being prepared, I fiddled around with the IFE. The IFE on the 787 uses the same interface as the one on AA’s 777. It had largely the same content which was a reasonably large selection of movies, TV shows, etc. 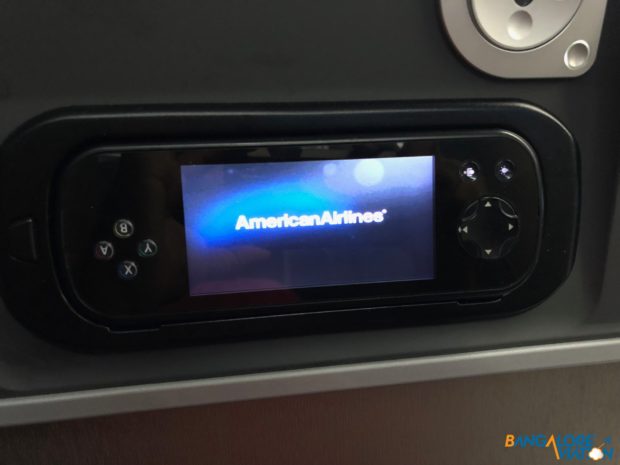 The remote for the IFE was a touch screen interface that was located on the side of the seat. As on their 777’s AA provides Bose quiet comfort headphones in it’s business class which is superior to what most airlines offer. 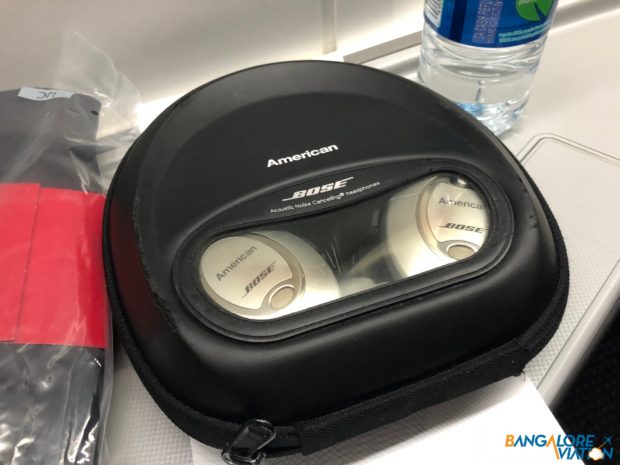 The menu for our flight. (Click on an image to enlarge).

About an hour after takeoff, the crew began serving meals. I got my entire meal on a tray. The salad and appetizer were average. The beef main course was quite rubbery and flavorless. 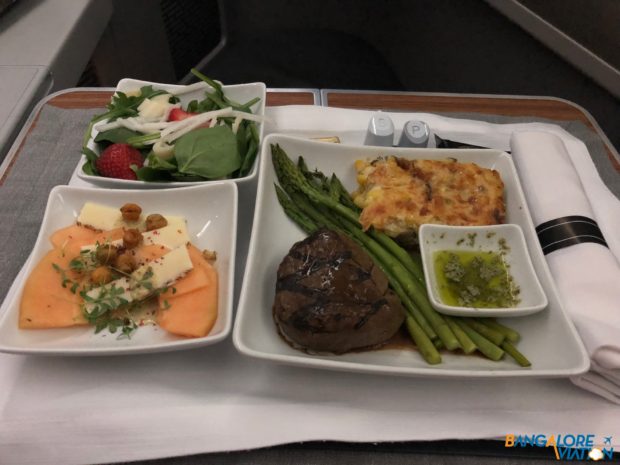 The dessert which was a caramel tart was very good.

After dinner, I was exhausted and I reclined my seat and fell asleep. I only woke up when we were on approach to London and the crew woke me up to straighten my seat.

After we landed and reached the gate, as we were deboarding at the end of the gate were a bunch of Heathrow ground agents handing out revised boarding cards to those who had missed their connections. Surprisingly we were given tickets on a Jet Airways flight to Mumbai.

When we told the ground agent that AA Chicago had arranged for us to travel on the next day’s British Airways flight. We were rudely told that we had been given an alternate flight and if we had a problem with it to clear immigration and take it up with AA’s agents.

Undeterred we decided to go and sort out the issue with AA. Also being familiar with the airport, we knew that AA has transfer desks before immigration.

Once we reached the AA desk which was manned by agents in AA uniforms and not the completely outsourced ground staff, we explained the situation. The AA agent was more than happy to cancel the jet tickets and put us back onto the same itinerary that was booked in Chicago. She also made the arrangements and gave us vouchers for the hotel which included our meals and for bus tickets to and from the hotel. The process took a little bit of time since the hotels that AA usually use at T5 were full. But the agent was helpful and very polite.

American needs to look into the attitude of it’s ground service providers. Unfortunately Heathrow seems to have agents with the worst attitudes, the airline needs to position at least one of it’s own agents to deal with customer facing issues.

While there was nothing special to talk about the flight itself, I was very impressed by how American dealt with our rebooking and stay. The AA agents were always polite, apologetic and flexible while trying to search for alternatives. In the end I firmly believe that makes a huge difference in the mind of a customer, while delays can be unavoidable – how the airline addresses it makes all the difference.