This aircraft is the 93.5-ton maximum take-off weight (MTOW) version fitted with one additional centre tank (ACT) which will allow it airline to fly as far as Istanbul or Manila from the airline’s New Delhi hub.

Vistara is expected to use their A321neos for these longer distance regional international routes many of which are overnight “red-eye” flights. Keeping this in mind, Vistara has equipped its A321neo with full-flat beds in the business class, becoming the first airline in India to do so.

The airline invited me to fly their new A321neo business class from Bangalore to Delhi and review the full-flat business class product. Due to the ongoing Covid-19 crisis, there was no service on-board so my review is purely on the hard product.

Given the “around lunchtime” departure, I arrived at the airport two hours early hoping to catch a bite in the lounge before boarding. I was caught off-guard with the new procedures requiring the boarding pass, not the ticket, to enter the terminal. The buffer kept for eating disappeared trying to get the boarding pass and completing the revised procedures.

I was rushed to the boarding gate by a Vistara supervisor. However, the full protocol was followed while boarding and I was given a safety kit with face mask, shield, and sanitizer prior to boarding. 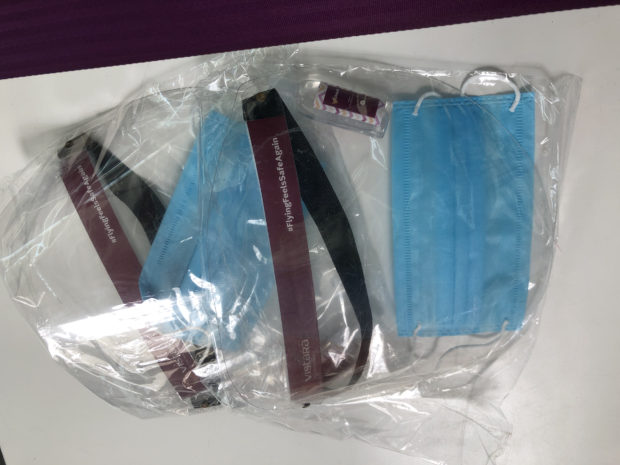 The Vistara A321neo is in a three-class cabin configuration. 12 full-flat bed seats in business, 24 seats in premium economy, and 152 in economy.

The business class is organised in a 2-2 abreast three rows configuration. There were three other passengers in the cabin.

I was escorted to my seat by the cabin crew. As I said there was no onboard service and the stewardess quickly returned to her station by the galley.

Focussing on the seat

All the seats on the Vistara A321neo are made by Collins Aerospace. The business class seats are the Diamond series and used extensively by American on their transcontinental flights which are typically five to six hours duration. This would be a similar flight duration that Vistara would target with their A321.

The seats are upholstered in leather adding the rich feel of the cabin, along with the mood lighting. 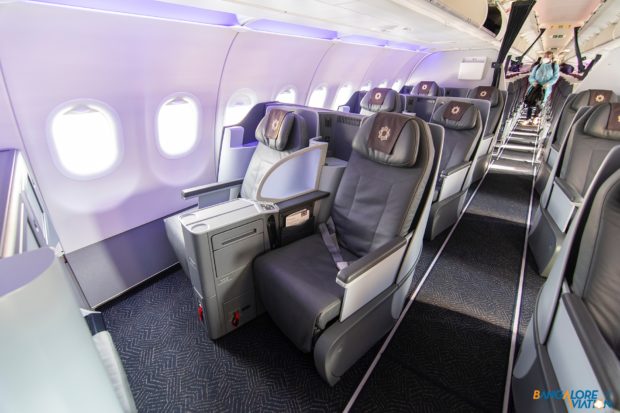 There are plenty of storage cubby holes including one for shoes and a shelf where the business tycoons can store their papers, magazines, laptops, tablets, etc.

Near the shoulder of the seat is a universal AC power socket along with a powered USB socket for charging your devices going. Vistara is now offering on-board Wi-Fi but did not have the permission at the time of the flight. 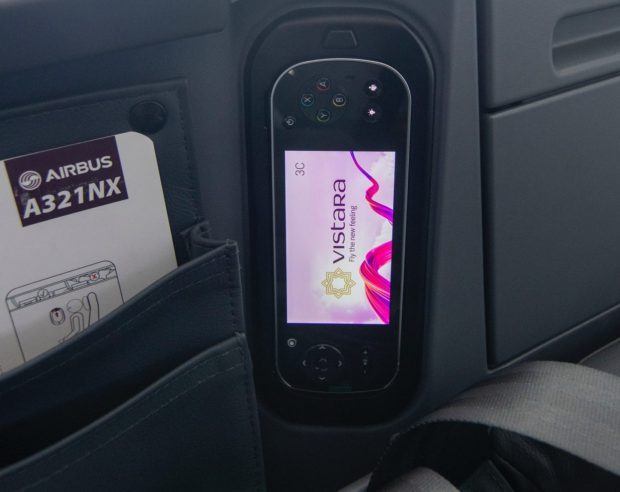 There are also personal reading lights with three levels of brightness. There is a fixed privacy screen between the seats, just low enough to allow conversation when seated upright, but will afford privacy when laying flat. 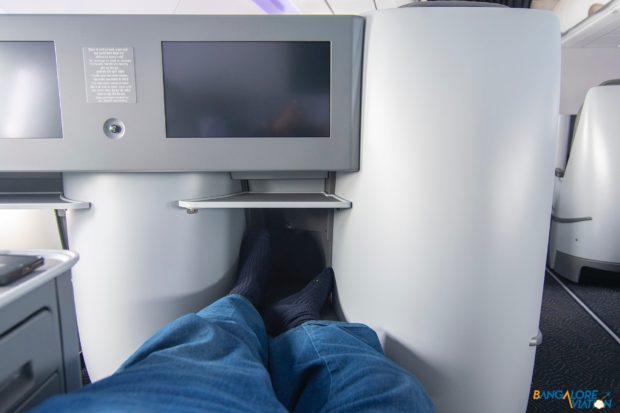 I was happy to see the seats are adjustable to various levels of recline. Allowed me to get into a variety of positions, including my favourite half recline to watch some entertainment. There are two dedicated buttons for full upright and full flat positions.

I must highlight the reclining armrest which allows for additional width when the seat is reclined into a full-flat position. If like me, you like some extra room around your face, I recommend the window seat which still affords privacy with the armrest reclined. The aisle seat requires you to choose between privacy and width. On the flip side, the window seat will require you to disturb your neighbour or hop over them if they are reclined to get to the aisle. Not having any meal service and with a growling stomach, the only option was for me to stretch out and get some sleep. Stretched out the seat is comfortable and will be excellent for the overnight travels of many a business traveller. Personally, I prefer to pay a higher fare, travel comfortably, and arrive at my destination refreshed ready to go to work. Saves me the cost of a hotel for an early arrival. The in-seat tray table is conveniently located, though I feel it is on the smaller side for a longer duration flight with a more elaborate multi-course meal service. 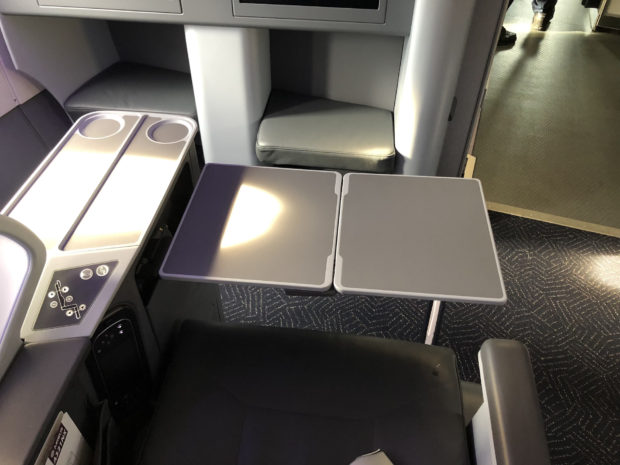 The IFE is a 16 inch full HD touchscreen married to a Panasonic eX1 system. The in-seat remote handset also has a screen which will allow you to watch a movie on the main screen and the flight progress on the handset. 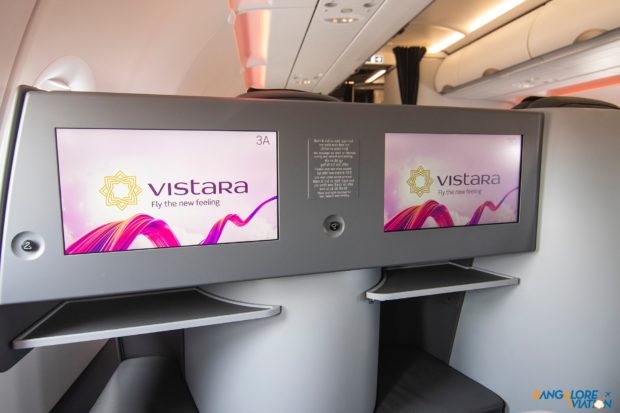 The interaction with the crew was limited but was little it was, was warm and friendly. Typical Vistara and Singapore Airlines touch. At the time of the flight there was no meal service permitted by the authorities, but now packed and sealed meals are being served on-board. Vistara is known for the good quality of its on-board meals. You can see our past reviews to read about the meal service.

Vistara’s A321 is equipped with one of the top flatbed narrow body seats in the market today. For its intended use as a regional product, the airline will offer a superior narrow-body hard product than any of its competition. While I was unable to review the soft product on this flight, keeping Vistara’s general service standards in mind, the soft product is likely to be top-class as well.