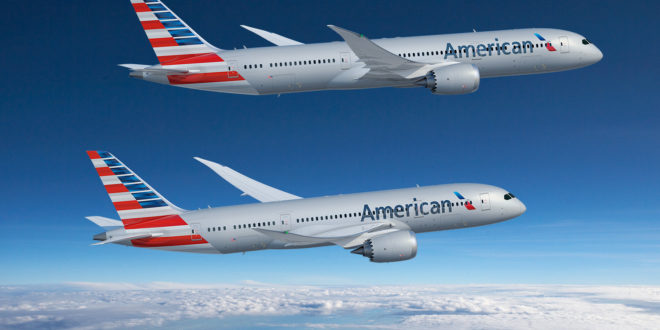 While this deal will have wide-ranging impacts on the US domestic market, the Indian angle is incredibly fascinating on its own. This move from American will have a substantial impact on the India operations for its main US rivals United and Delta. United has the longest and most consistent track record of serving India (dating back to Continental Airlines’ nonstop flights from Newark to Mumbai and Delhi), while Delta re-entered the US-India market in December 2019 with a nonstop flight from New York JFK to Mumbai.

American punches back at Delta (partly) over LATAM

The biggest loser in this deal is Delta, who operates a hub and transpacific gateway in Seattle with nonstop service to Beijing, Seoul, Shanghai, Tokyo Haneda, and Osaka-Kansai. Delta began to build up a hub in Seattle in 2014 (after years of codesharing and partnering with Alaska) and its competition with Alaska has heated up over that period. Today Delta is only about 40% the size of Alaska in Seattle as is blocked from further growth due to the lack of gates.

The one advantage Delta had over Alaska was the international service it offered, which allowed the carrier to win corporate contracts in Seattle. With this move, Alaska is able to push back by allowing Seattle-based passengers access to American’s global network and that of the OneWorld alliance more broadly. This shifts the balance of power in Seattle back in favour of Alaska.

This move by American in Seattle is almost an exact inversion of Delta’s move into American’s hub in Miami via the acquisition of a 20% stake in former American partner LATAM (whose primary international destination is Miami). Delta added some point to point domestic routes in Miami to feed its new partner LATAM (Orlando and Tampa) and American has now added international point to point routes in Seattle in response.

The timing of American’s entry will also have some impact on Delta’s new Indian route. Delta re-launched JFK-Mumbai this December, after exiting the market more than a decade prior. While the success of that route is mostly about origin and destination (O&D) traffic from the New York/New Jersey area, Seattle was going to be an important feed market (and some of that traffic will now opt for American’s nonstop). And if the route is a runaway success for American, Delta might try to work with its JV partner Korean Air to launch Seoul-Bengaluru at some point down the line.

At first glance, the choice of Seattle as the origin for nonstop service to Bengaluru is odd. Brett Snyder over at the Cranky Flier pulled the numbers and Seattle is only the eighth largest US-Bengaluru O&D market with a 4.3% share of US-originating passengers. The San Francisco Bay Area stands first at 17.7%, New York City ranks second at 13%, Chicago is at 7%, Dallas-Fort Worth Metroplex 6.3%, and Boston, LA, and Washington DC all have a tick under 5%. So Seattle is far from the biggest O&D market in terms of volume.

Seattle does have two things going for it. The first is that it is a bona fide tech hub in its own right (Amazon and Microsoft are both headquartered in the region). Thus while it may not have as much volume, it will likely have a substantial volume of premium cabin O&D demand, which is a key driver of profitability. Second, Seattle has a great location for connecting traffic. Flying from San Francisco to Bengaluru via Seattle is only 50 miles longer than flying nonstop on the polar routing, and Alaska effectively offers an hourly shuttle from San Francisco to Seattle (14 flights per day in peak summer months).

The other underrated factor in connectivity has to do with the geographic dispersion of the Indian-American population in the Bay Area. While the workplaces of these individuals is centred more on San Francisco (the city) and the peninsula to the south, the residences of the Bay Area’s Desi population is actually more centred on San Jose and the lower half of the East Bay (Fremont). So for many Indian-Americans, flying from San Jose or Oakland is more convenient and Alaska offers nine flights per day on San Jose-Seattle and four per day on Oakland-Seattle as well. The convenience of flying from close to home may also draw in additional traffic.

The real question is whether this prompts United to finally launch nonstop service from the US to Bengaluru. I’ve been on the record for nearly a decade now that I think United will eventually add nonstop service to Bengaluru. While SFO is the biggest and most premium market, United doesn’t have a plane that can fly the route consistently. It’s Boeing 787-9s are configured with too many seats (18 more than those of American) and thus would likely face a load penalty when flying nonstop (the route is 300 statue miles longer than United’s current San Francisco – Singapore nonstop). I wouldn’t rule it out entirely, but the performance penalty might be too tough to overcome.

The more likely scenario is that United will add nonstop service from its Newark hub to Bengaluru, as NY/NJ to Bengaluru is a big market in its own right and the flight can be operated with a 787-8 or a 777-200ER. The one-stop will likely satisfy United’s corporate contracts in San Francisco as well, and it remains to be seen if the US market can actually sustain two nonstop flights to Bengaluru.

@twitter.com/theabvinay
Previous Are Airlines Overreacting to the Coronavirus?
Next SpiceJet Q3FY20 results analysis: Has rapid expansion hurt the airline?