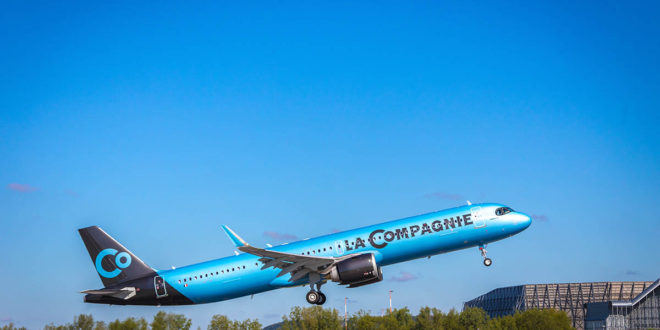 European airframer Airbus logged only a single order for an ACJ320neo for an undisclosed customer. The order barely made a dent in the companies order deficit for the year which stands at negative 57 aircraft.

However expect to see Airbus announce orders at the Paris airshow which starts in 10 days time. The company usually makes some large announcements during the show and with this show coinciding with Airbus’ 50th anniversary – the company will want to put on a good show. Keeping the momentum from last month, Airbus delivered a total of 81 aircraft in May 2019 to 49 customers from all of their aircraft families.

Airbus delivered 57 A320 family aircraft in May with 47 of those being neos. The deliveries included the first A321neos for Air Transat (via AerCap), Lufthansa and La Compagnie (via GECAS). 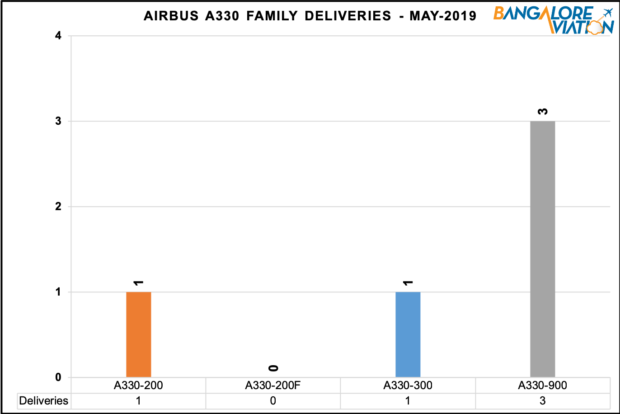 Airbus delivered two super-jumbos in May both to Emirates. One of the two is owned by All Nippon Airlines and leased to Emirates. 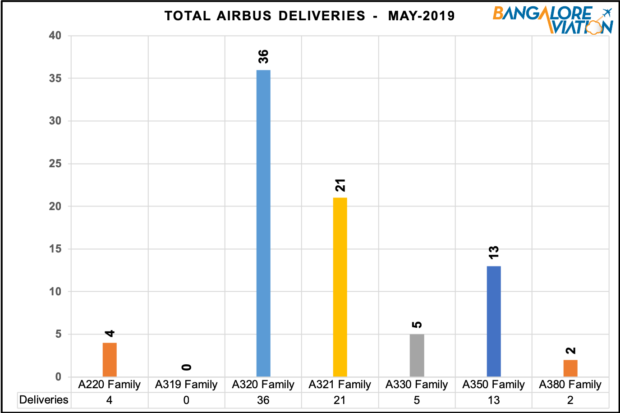 The above data reflect figures reported by the manufacturer in their orders and deliveries reports, it does not reflect orders that have been announced but not finalized.

A frequent flyer for both work and pleasure - Vedant has held elite status on many of the major alliances and airlines. Also an avid aviation photographer, his pictures have been published in and on the covers of many international publications.
@TheVedic
Previous Bangalore airport to close main airport road on 10 June. Alternate access planed.
Next Inflight review: Singapore Airlines Business Class: Airbus A350-900 Regional: Singapore to Bangalore