May 8, 2019 Comments Off on Airbus orders and deliveries – April 2019. Deliveries stay consistent. 37 Views

European airframer Airbus opened the second quarter of 2019 with five orders. The orders were for three A350-900s from Lufthansa Technic on behalf of the German government and two A330-800neos for Uganda Airlines. 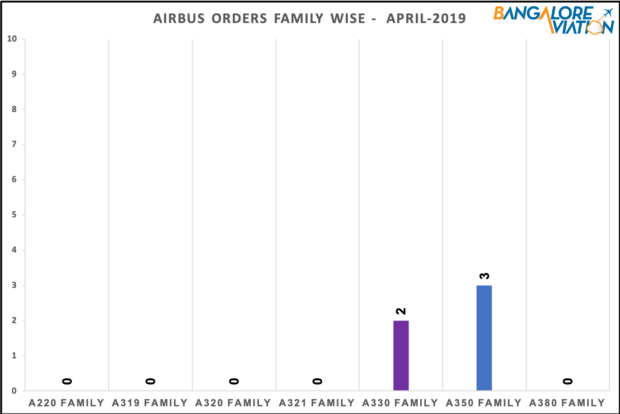 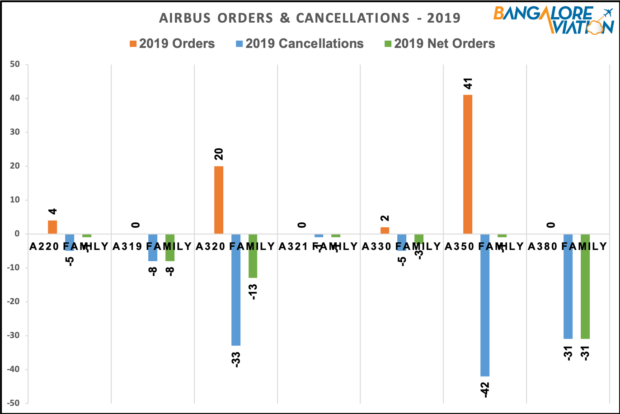 The manufacturer also recorded five cancellations for A330-200s which keeps their net order deficit to 58 aircraft for 2019. Airbus has also not yet logged the cancellation of Emirates A380s or their orders for A350s and A330s, indicating that the deal is still not finalized.

Continuing from last month, Airbus delivered a total of 70 aircraft in April 2019 to 35 customers, with deliveries from every aircraft family except the A380. 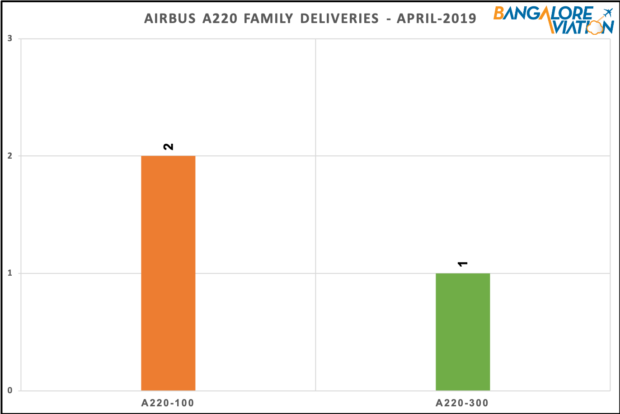 57 A320 family aircraft were delivered in April (47 neos and 10 ceos). Airbus delivered the first A321neo for Air Arabia. 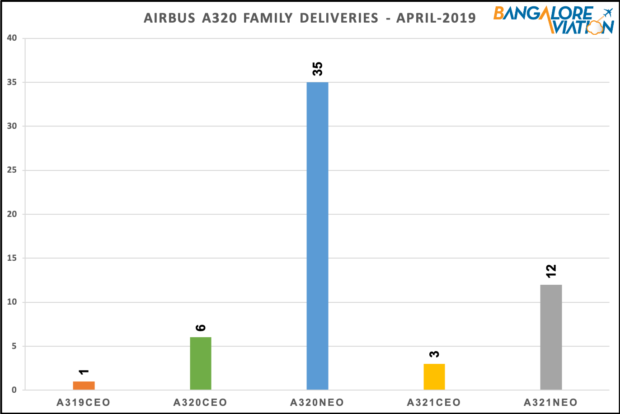 Airbus delivered two A330-900neos in April with one to TAP Portugal and the first of the type to Air Mauritius. 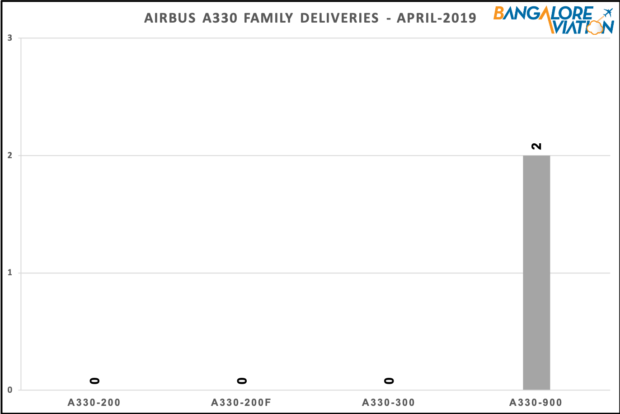 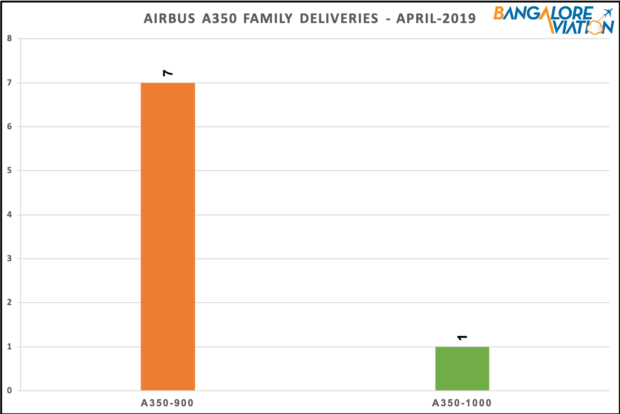 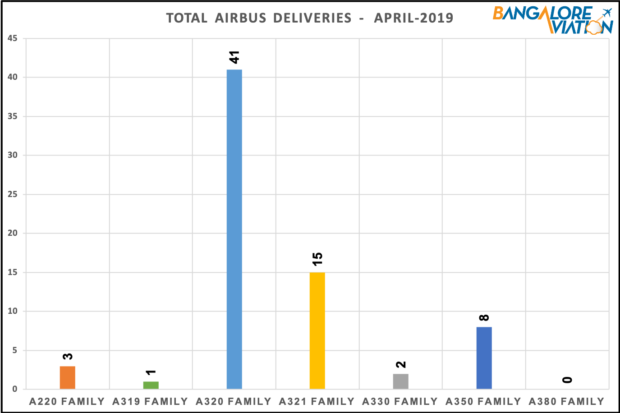 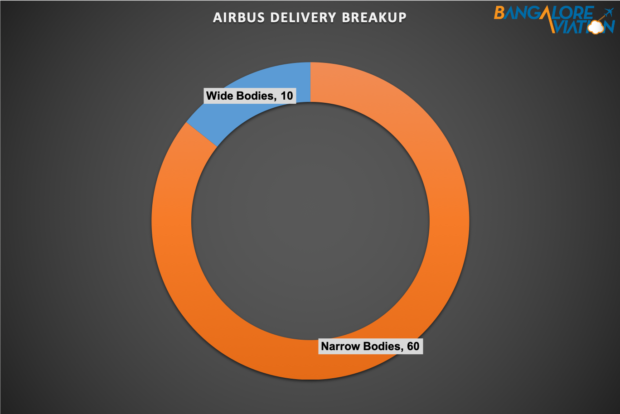 The above charts reflect figures reported by the manufacturer in their orders and deliveries reports, it does not reflect orders that have been announced but not finalized.