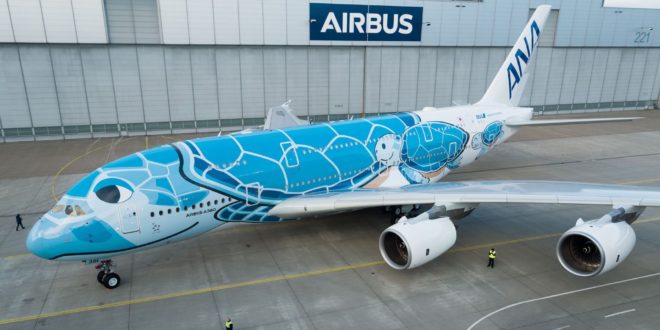 Airbus to end A380 program after Emirates order reduction

European airframer has announced the end of its A380 program with the final delivery of the type in 2021.

The decision comes after discussions with the aircraft’s biggest customer resulted in them cancelling its 39 orders for the A380 and replacing them with other Airbus twin-jets.

Tom Enders, CEO, Airbus
“As a result of this decision we have no substantial A380 backlog and hence no basis to sustain production, despite all our sales efforts with other airlines in recent years. This leads to the end of A380 deliveries in 2021,”

The end of the A380 line will be a close to Airbus’ ambitious bid to challenge Boeing’s dominance in the Very Large Aircraft market.

The A380 had a total of 313 total orders, of which 234 had been delivered. This number may now fall since lessors may be hesitant to purchase the aircraft which has low value in the second hand market.

Emirates the largest user of the type 123 on order about of which 109 have been delivered.

A frequent flyer for both work and pleasure - Vedant has held elite status on many of the major alliances and airlines. Also an avid aviation photographer, his pictures have been published in and on the covers of many international publications.
@TheVedic
Previous SpiceJet Q3FY19 results analysis: challenges remain
Next Emirates orders Airbus A330neos and A350s