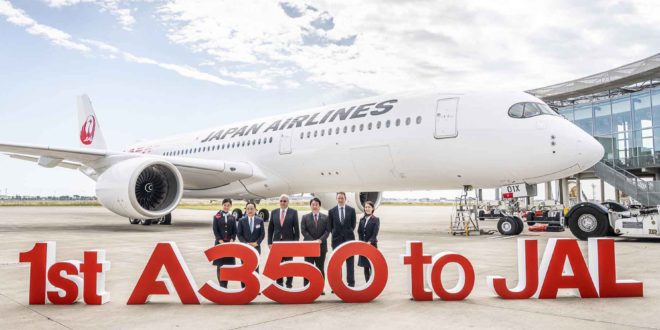 Japan Airlines (JAL) has taken delivery of its first ever Airbus aircraft – an A350-900 at a special delivery ceremony at the manufacturers plant in Toulouse, France.

The airline will operate the newly delivered aircraft on domestic routes currently operated by Boeing 737s and 777s. The first domestic flight will be on 1 September 2019 from Tokyo Haneda airport to Fukuoka airport. 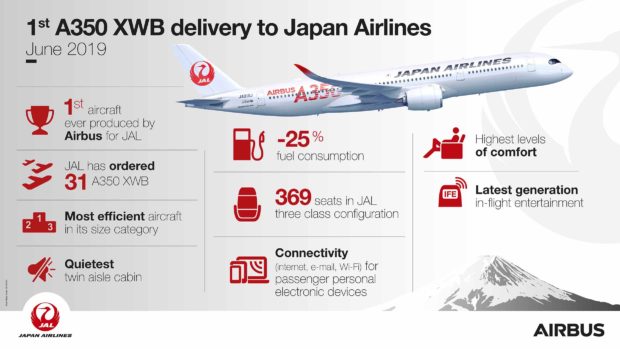 A frequent flyer for both work and pleasure - Vedant has held elite status on many of the major alliances and airlines. Also an avid aviation photographer, his pictures have been published in and on the covers of many international publications.
@TheVedic
Previous Mitsubishi renames the MRJ as SpaceJet with focus on the US market
Next PARIS 2019: Mitsubishi M90 in new SpaceJet livery