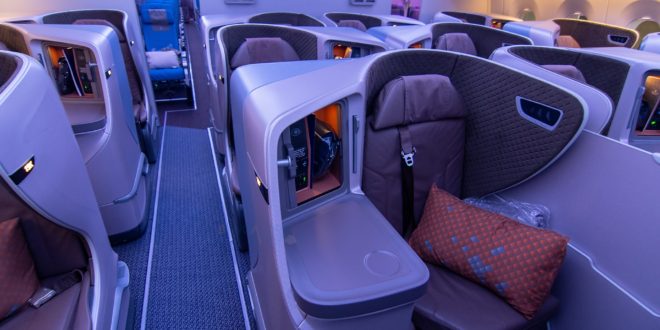 Centre seats with seats closer to the neighbour

I left the Silverkris lounge at Singapore Changi airport (read our lounge review) at 7:05 PM, one hour before the scheduled departure of my flight at 8:05 PM. The gate was close to the lounge and the agents told me that I would reach in about five minutes.

Boarding was scheduled to commence at 7:35 PM. When I got to the security check outside the gate area I found the queues reasonably long and slow moving. There is no separate fast-track line for premium and elite level passengers.

As I got closer to the x-ray machine, I discovered there was a shortage of bins which resulted in the slow-moving security queues. Changi airport has been consistently voted as one of the world’s best airports, and this is something the airport must address.

It took me around 30 minutes to pass through security and head for the gate. As a result, I missed the Business Class priority boarding and boarded the aircraft along with everyone else.

Before this trip, my last flight on Singapore Airlines was quite some time ago, and I looked forward to this flight.

A lot of my flying has been on Qatar Airways, which has one of the best business class products in the sky today. and I was keen to compare how Singapore Airlines compared. Both my parents who used to hold PPS Solitaire status on Singapore Airlines, still consider it as the gold standard, and I was eager to compare.

When I boarded the aircraft, my boarding pass was checked at the aircraft door, as usual, and I was pointed to my seat. After stowing my luggage, I was offered a welcome drink almost as soon as I sat down. 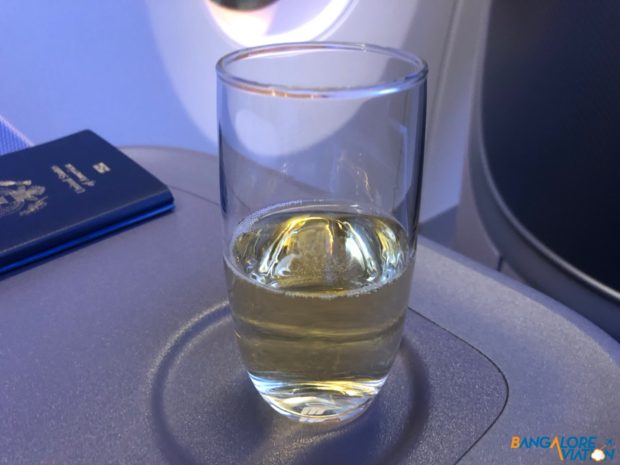 Our aircraft was 9V-SHF a brand new Airbus A350-900 that had been delivered to Singapore Airlines just 12 days earlier.

The A350 MH (medium-haul) alternating configuration with the seat or table closer to the aisle.

The seat feels reasonably private in both setups while the seats closer to the window would obviously offer increased privacy.

While the seat is wide, for some reason it feels a bit narrow. The cushioning is a bit on the firmer side but comfortable. Singapore Airlines uses common seats between the 787 and the A350 regional, and since the 787 is narrower than the A350, it leaves a few inches of room in between the seat and the window on the A350.

The seats reclines into a full flat bed. However, in this regional configuration, the seat-pitch in between rows is lesser than usual. When the bed reclined, my legs went into the foot cubby-hole till over my knees. Since I tend to roll about a bit while sleeping, I found this uncomfortable.

There is a little cubby-hole under the foot cubby to store your shoes. The side table is very useful and has two USB charging points and an AC plug point right above it.

Singapore Airline’s A350 features the airline’s latest KrisWorld entertainment system. The primary display is a large high-resolution touch screen. The IFE can also be controlled through the smaller screen on the remote. 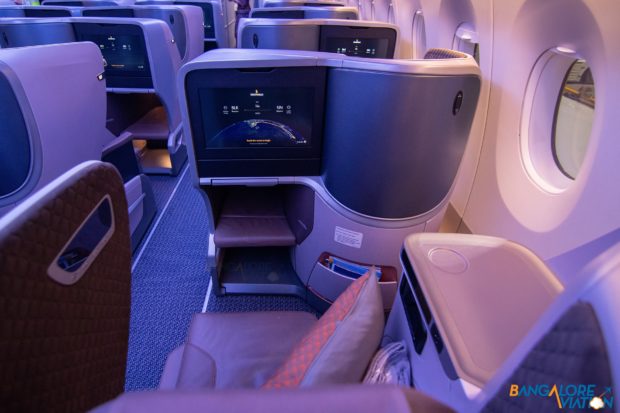 The new KrisWorld system also has the ability to log into your Krisflyer account and sync your account playlists to the system so that you can resume watching directly from the playlist instead of hunting around the library. Unfortunately, the login was not working on both my flights, so I was unable to take advantage of this feature. 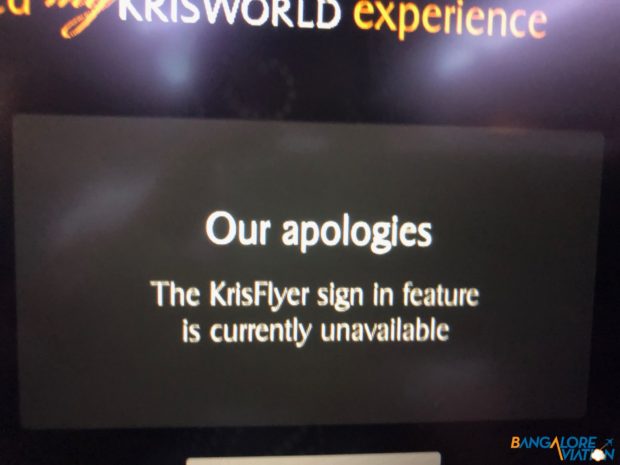 The system has a large variety of content and the interface is easy to use once you get used to it.

While I was exploring the IFE, I was offered a hot towel, and Singapore Airlines serve a HOT towel.

We pushed back about 10 minutes past the scheduled departure time and took off about another 10 minutes after that. Soon after takeoff, the crew came and confirmed my meal order. I had used Singapore Airline’s “Book-the-Cook” service to preorder a meal of my choice from their extensive selection of options.

I was also served a glass of champagne with a bowl of nuts.

After dessert, the crew bought around a cheese cart.

The service during the flight was efficient. Put it down to the shorter flight of 3h45m and a fairly large business class cabin, the crew seemed rushed and the service seemed to lack the touch of finesse one hears about Singapore Airlines. I would definitely like to fly the airline on a long-haul to compare their service and pass judgement.

The rest of the flight proceeded as expected and we landed at Bangalore airport on schedule.

As a pure regional product, the A350 of Singapore Airlines is great. It is definitely superior to all the other products being flown to Bangalore from the east. The new hard product is definitely way ahead of the Boeing 777-200s that used to operated this route.

The service felt a bit rushed and chaotic but that could just be because of the short duration of the flight.

Note: Some of the pictures in this article are from my earlier flight from Bangalore to Singapore which is on the same type (A350 medium haul) of aircraft.

A frequent flyer for both work and pleasure - Vedant has held elite status on many of the major alliances and airlines. Also an avid aviation photographer, his pictures have been published in and on the covers of many international publications.
@TheVedic
Previous Airbus orders and deliveries – April 2019. Orders continue to slow as deliveries rise.
Next Mitsubishi renames the MRJ as SpaceJet with focus on the US market