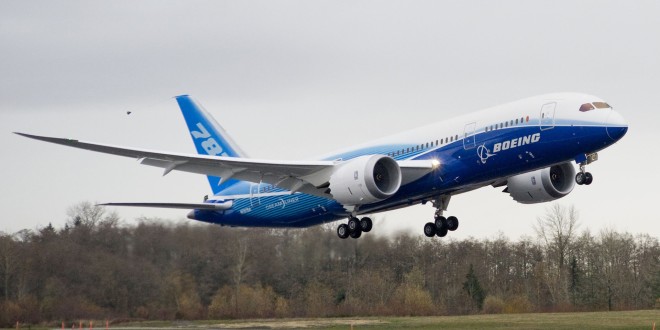 Boeing 787-8 Dreamliner ZA001 N787BA takes off on the first flight of a Dreamliner. Boeing image.

American airframer Boeing has opened the second quarter of the year with by logging orders for four 737 MAXs for unidentified customers.

However the company also removed 210 aircraft from its order book following the collapse of Jet Airways. The large cancellation will push Boeing’s net orders for the years into the negative like European rival Airbus. 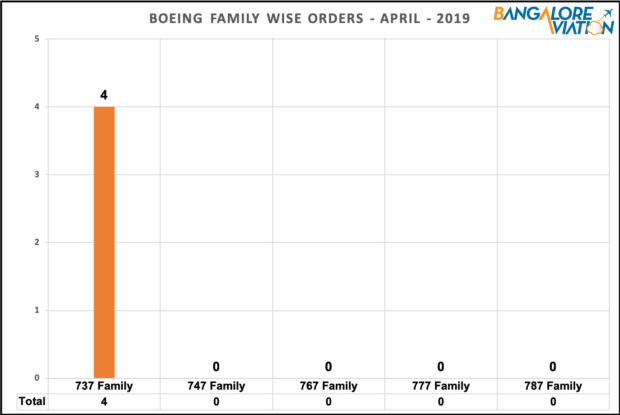 As we indicated last month, Boeing’s deliveries in April have taken a further hit with a total of only 23 aircraft having been delivered.

With the grounding of the 737 MAX, Boeing suspended deliveries of the type from 14 March. This has led to a major hit to the companies delivery numbers with only nine 737’s being delivered this month. Compared to the 47 A320 neo family aircraft delivered this month, it’s easy to see how badly the MAX issues are hurting the aerospace giant.

The company has been working on a fix to the 737 MAX MCAS system and recently announced that going forward it would enable the disagree safety alert on all MAX aircraft. 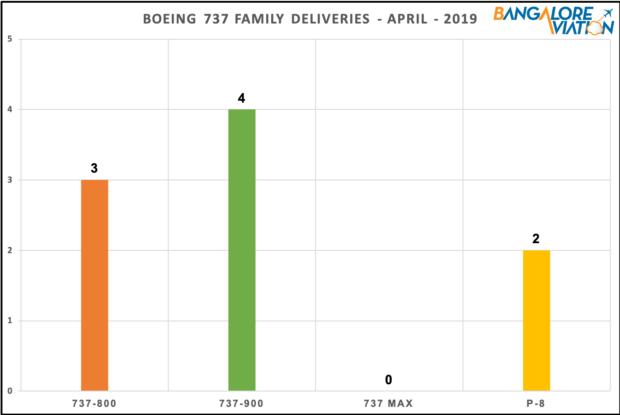 Boeing is still building 737 at a rate of 42 aircraft a month, which indicates that the company is confident that the fix will not be very extensive to retrofit to existing aircraft (the fix will most likely be in the form of a software update). Boeing will also have a large stockpile of aircraft ready for delivery once the fix is in place. 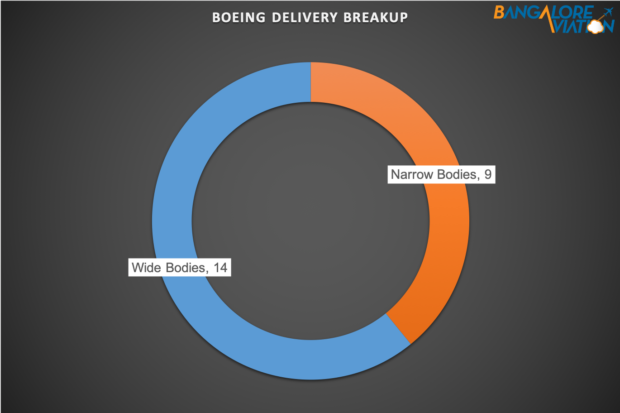 The above charts reflect figures reported by the manufacturer in their orders and deliveries reports, it does not reflect orders that have been announced but not finalized.

A frequent flyer for both work and pleasure - Vedant has held elite status on many of the major alliances and airlines. Also an avid aviation photographer, his pictures have been published in and on the covers of many international publications.
@TheVedic
Previous SpiceJet may just redefine the perception of business class
Next British Airways to operate A350 to Bangalore from 1 Jan 2020