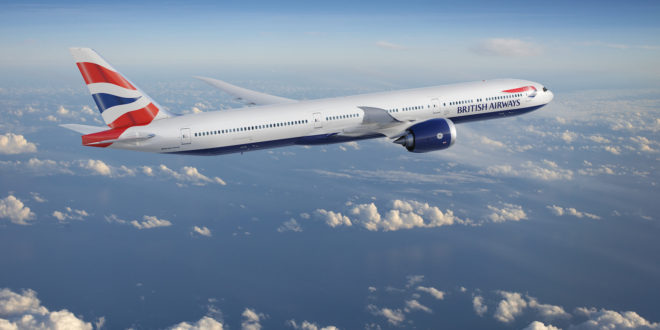 American airframer Boeing has closed out the first quarter by adding 44 orders to its order book for 2019.

In total the manufacturer has reported 95 orders and four cancellations for a net positive of 91 orders for the year. Boeing delivered a total of 54 aircraft in March, far behind its European rival.

As expected last month, with the grounding of the 737 MAX – 737 deliveries have fallen drastically with only 23 deliveries compared to the 52 aircraft produced at the Renton plant.

Boeing has now reduced the production rate at Renton to 42 aircraft while a fix is awaited for the MAX. Boeing delivered six 767’s this month with two freighter deliveries to FedEx and four aircraft being delivered for tanker conversion. 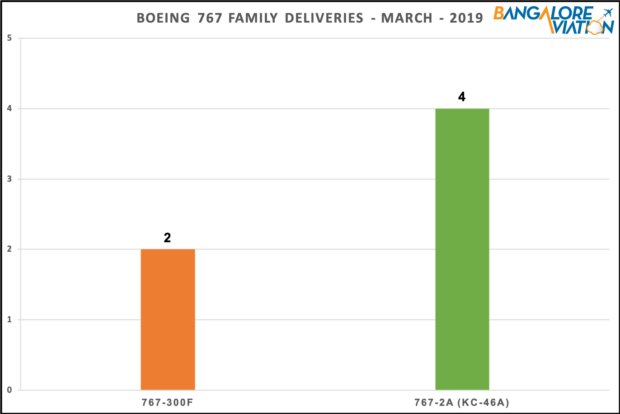 777 deliveries have ramped up with Boeing having delivered seven aircraft in the month. Four 777-300ER’s were delivered with two each to Aeroflot and ANA. 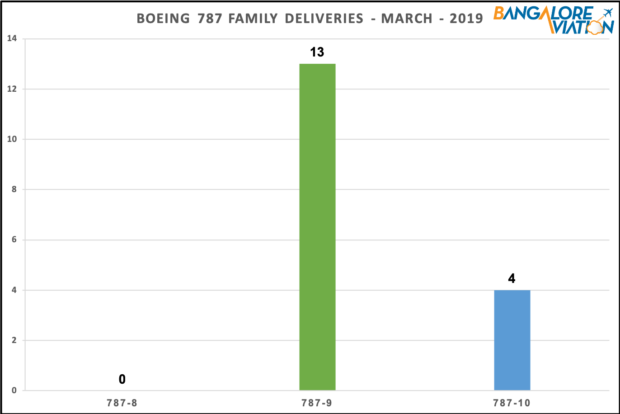 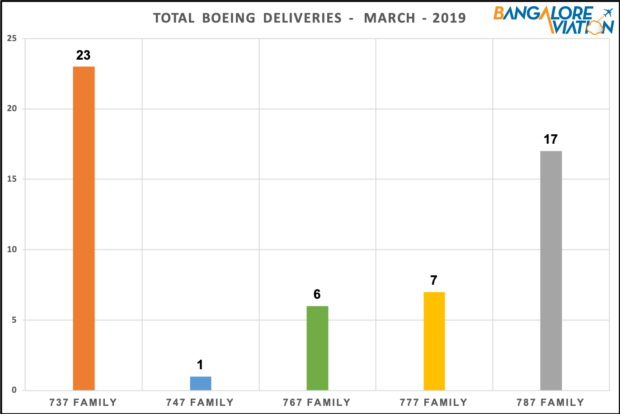 The above figures are based on the manufacturers declared orders and deliveries. It does not include orders that have been announced but have not been added to the order book.

A frequent flyer for both work and pleasure - Vedant has held elite status on many of the major alliances and airlines. Also an avid aviation photographer, his pictures have been published in and on the covers of many international publications.
@TheVedic
Previous Why is the Jet Airways stake sale not receiving any expressions of interest?
Next Jet Airways cancels Bangalore – Amsterdam, Chennai – Paris and all Singapore flights