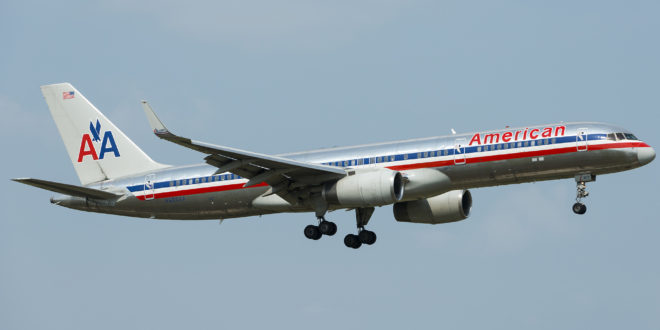 As Boeing struggles to get through the coronavirus crisis coupled with its own 737 MAX crisis, the Boeing 757 is an aircraft that has once again emerged as a hot topic of conversation. Particularly due to speculation on whether Boeing will be forced to revive the New Midsize Airplane (NMA).

Initially designed as a replacement for the tri-engine 727, it was an aircraft that exceeded expectations. Ironically the full capability of the airplane was only leveraged after production ended. Fast forward to the present day and there is simply no replacement for the aircraft.

Operators are stuck between choosing a wide-body aircraft with different operating economics or a narrow-body aircraft with shorter range and lower capacity. There simply is no aircraft on the market that can replace the unique capabilities of the 757. How did this come to be?

In the mid-1970s the Boeing 727s dominated the skies. These were three-engine jets with an average capacity of 155 passengers (189 on a single class high-density configuration) and a range of 2250 nautical miles. The 727 was an extremely popular and successful aircraft and Boeing’s fastest-selling aircraft at the time. But as demands on fuel efficiency grew, Boeing evaluated options for replacement. Eventually, it boiled down to either stretching the 727 or coming up with a clean-sheet design. Boeing chose the latter and this was the start of the 757 program.

With the 757, Boeing offered an aircraft with vastly improved engines, a new flight deck technology, lower weight, improved aerodynamics and reduced operating costs. It was to be a mid-size aircraft which fit in well with airline networks. Launch customers included Eastern Airlines, British Airways and United Airlines.

The program would be led by Philip Condit who would later become the CEO of Boeing.

Improvements on all fronts

The 757 was designed factoring in capacity, range and fuel burn dynamics, Boeing promised an aircraft in the 150-200 seat segment that could fly distances of up to 4000 nautical miles. Several of these requirements were demanded by airlines.

Equally important was the competitive landscape where the European consortium Airbus had produced a successful twin jet namely the A300 though it had a higher capacity than the 757.

As Boeing developed the 757 there were improvements on all fronts. Engine manufactures were engaged towards delivering High bypass turbofan engines that would power the aircraft. Eventually, the engine choices boiled down to Rolls Royce and Pratt and Whitney with the RB211 and PW2000 engines producing thrust in the range of 36,600 – 42,200 pounds. With one less engine compared to the 727, there was an associated reduction in fuel and maintenance costs.

A newly designed glass-cockpit (not to be confused with fly-by-wire) helped eliminate the Flight Engineer position. Because the aircraft was classified as a narrow-body aircraft, the pay rates were also in line with narrow-bodies. Thus overall crew costs were addressed.

While the aircraft was originally designed for short to medium routes, it quickly found a niche as a US transcontinental and secondary-market transcontinental airliner. Its 4000 nm range allows it to connect western Europe to the US east coast – a role it still performs for the US airlines.

Another way the aircraft excels is its ability to take a full load of passengers and cargo from US coast to coast (~2300nm) and still take off from a 7,000-foot runway and climb directly to a cruise altitude in the mid-30,000 feet range.

This ability is unmatched even today by the latest 737s or A321s and contributes to airlines holding the ageing aircraft in their fleets. 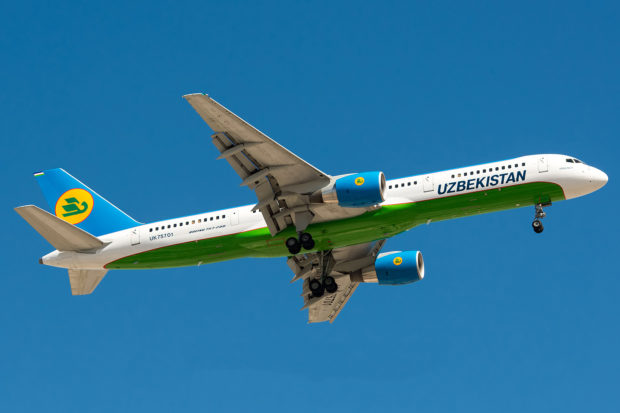 Overall, with the 757 Boeing delivered an aircraft that was a significant improvement over the 727 including residual values on the aircraft and conversion to freighters.

Pilots often call the 757 a flying pencil due to its unique design. An interesting point to note is that it is the only mainline passenger aircraft where the cockpit sits lower than the main cabin and indeed two steps lead down to the cockpit. This was again a design consideration and done to enhance the cockpit view.

A versatile aircraft, it can handle short-runways and provides a capacity of up to 295 passengers with a range of up to 4000 nautical miles and a payload of up to 68,140 pounds. Later enhancement by way of winglets increased the payload by an additional 10,000 pounds while increasing the range by an additional 230NM.

Airline executives often indicate that the 757 gives you the range of a widebody and the economics of a narrowbody – a unique combination.

With a maximum take-off weight of 273,000 pounds, the 757 is able to handle short-runways and requires as little as 4000 ft to takeoff. Climb performance is spectacular and indeed many pilots have commented on the aircraft ability to climb in excess of 4000 feet per minute (depending on the weight of the aircraft and outside conditions). On a fully loaded 757, a 15-minute climb from takeoff to flight level 340 or above is fairly common.

With ETOPS certification that was awarded in 1986, the versatility of the aircraft has increased. The cabin diameter of 3.54 meters makes for a more comfortable flight including the overhead baggage space and the belly capacity.

Interestingly despite being a narrow-body aircraft, the aircraft produces such a large wake-turbulence that it’s is categorized as a heavy aircraft for separation requirements.

As sales of the aircraft declined in the early 2000s, Boeing announced the end of the 757 production in 2004 as it evaluated the market appetite for mid-size jets. The increased range and capacity of the 737 and the new 787 and 777s were looked at prior to reaching this decision. Nov. 28, 2005, was when the final 757 was delivered.

Unfortunately, for Boeing, neither the larger variant Next-Generation 737s (-8/900) or even the MAXs (MAX9/10) have been able to replace the place the 757 holds in the fleets of its operators. The closest replacement available to airline’s today is the Airbus A321 family which is also not a direct replacement. The A321 does not have the operational characteristics that made the 757 the workhorse it is today.

With the rise of long and lean routes and the shift to direct point to point travel, the value of the 757 has never been more apparent to its operators. However the newest 757 in the air today is 15 years old and most fleets are significantly older. Airlines are slowly being forced to replace these aircraft.

15 years after the closure of the 757 line, it has found its way back into conversations across the industry.

Boeing faces multiple hits with the Corona crisis and because the demand for the companies cash cow – the 787 has evaporated. The larger 777X is delayed for certification and the 737 MAX is already challenged with news of orders being cancelled each day.

For Boeing to weather this storm, it will have to look at strengthening its product offering in the near future. And the NMA (New Mid-Size Aircraft) that has been discussed repeatedly may be forced on the front burner. In which case Boeing may likely revisit and incorporate the elements of the 757 which are missing for the world’s aircraft line-up today.

Satyendra Pandey is an India market expert and has held a variety of roles across aviation. An author and a certified pilot, his most recent book is titled: Dissonant dispatches: Indian aviation’s emergent flightpath.
@spandey16
Previous Cathay Pacific A350 collides with 777 at Hong Kong
Next Austrian airlines plans fleet reduction. Will retire Dash-8, A319s and 767s.