European airframer Airbus began the year with an order deficit. The airline recorded five cancellations for their smallest A220 aircraft and eight for the largest A380.

The A380 cancellation reflected that of Qantas which had been previously announced. Airbus has not disclosed the customer for the cancellation of the A220. However Swiss carrier PrivatAir had ordered five of the then Bombardier CS100 in 2012, the carrier filed for bankruptcy last year. Airbus did not deliver any A220s in January 2018. The company did however begin construction on their American A220 assembly line. The manufacturer delivered 33 A320 family aircraft in January. Indigo took delivery of two A320neos.
(Read our analysis on Indian airlines fleet and orders.) 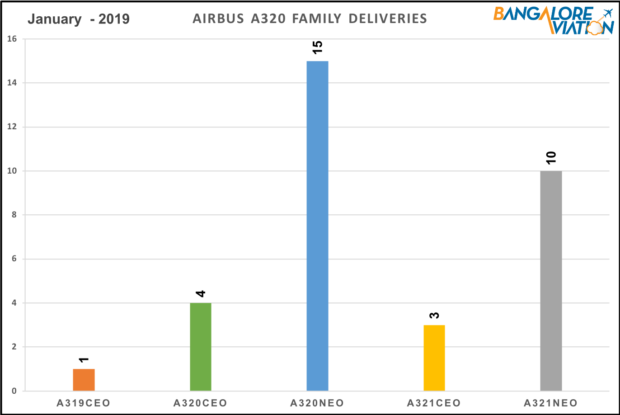 Airbus delivered one A330 to Chinese carrier Shenzhen airlines. 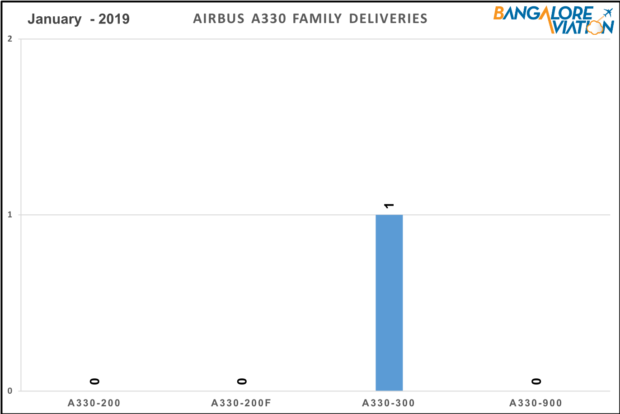 A total of five A350-900s were delivered in January with one each to Air China, China Eastern, Delta, Iberia and Qatar Airways.