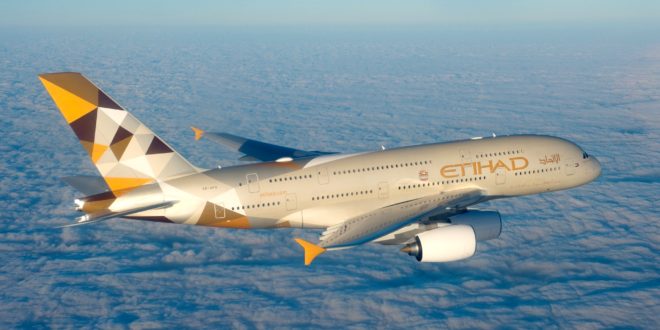 Etihad shifts A380 from Mumbai to Paris. Messes up my travel plans.

Abu Dhabi based Etihad Airways appears to be withdrawing its flagship A380 superjumbo service from Mumbai and shifting it on the Abu Dhabi Paris route this summer from July 1. The A380 will operate on one of its twice-daily services to Paris and replace the Boeing 777 the airline currently flies.

The Mumbai route will be replaced with an Airbus A340-600, which may (not sure) fitted with the first class suites similar to those in the Etihad 787-9 Dreamliner.

Media reports suggest the national carrier of the United Arab Emirates has pulled the A380 out of Mumbai as it was not getting enough fare paying passengers in its luxurious first class apartments nor its ultra luxurious three room suite The Residence, which is unlike anything else in the sky.

Unlike its Dubai-based cousin Emirates airline which ordered over 140 A380s, Etihad ordered only 10. The airline has to be far more selective on the route deployment of this aircraft. Along with Paris, the Etihad A380 operates to London, Sydney, New York and Melbourne.

As a result, passengers cannot experience The Residence on this short sector which reportedly cost between $3000 – $4,000.

“As part of Etihad Airways’ continued review of schedules, seasonal adjustments are being made to the airline’s A380 services between Abu Dhabi and Mumbai.

Just this morning I received confirmation of my award travel reservation in September on the Etihad first class Apartments from Mumbai to New York via Abu Dhabi to celebrate my wife’s 50th birthday.

Do you think I should still spend those 230,000 miles or choose some other option? Share your thoughts via a comment.

A electronics and automotive product management, marketing and branding expert, he was awarded a silver medal at the Lockheed Martin innovation competition 2010. He is ranked 6th on Mashable's list of aviation pros on Twitter and in addition to Bangalore Aviation, he has contributed to leading publications like Aviation Week, Conde Nast Traveller India, The Economic Times, and The Mint (a Wall Street Journal content partner). He remains a frequent flier and shares the good, the bad, and the ugly about the Indian aviation industry without fear or favour.
@BLRAviation
Previous Vistara signs code-share agreement with Singapore Airlines and SilkAir
Next Photo: Qatar Amiri A320 Airbus corporate jet at Bangalore