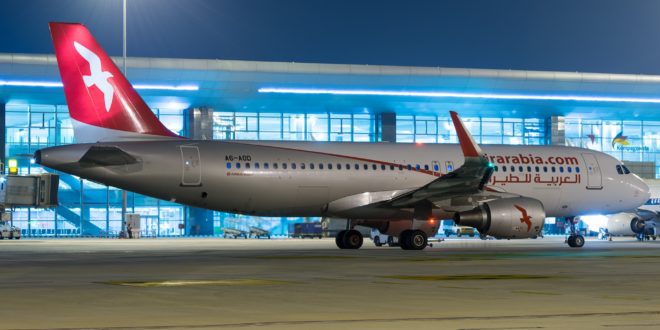 While Etihad management has stated the new airline is meant to complement Etihad’s existing operations, it is worth noting that Etihad’s regional operation is itself moving in a low-cost direction. While the two new airlines may increase accessibility to Abu Dhabi they could also push Etihad’s yield in a downward direction.

RoutesOnline is reporting that Etihad has filed the following routes for the new airline. While these routes have not yet been announced, they are set to begin at the end of March 2020. The flights will be operated with Airbus A320 aircraft.

Some of the upcoming routes used to be served by Etihad and were cut in recent years as part of the airline’s push towards profitability.

One of the airline’s routes will be a daily flight from Abu Dhabi to Jaipur. The route has been filed to launch from 29 March 2020. Etihad served this route with an A320 till February 2018.

None of the new routes are currently operated by Etihad, so for the moment, there will be no duplication of routes on the JV’s network.

A frequent flyer for both work and pleasure - Vedant has held elite status on many of the major alliances and airlines. Also an avid aviation photographer, his pictures have been published in and on the covers of many international publications.
@TheVedic
Previous The changing nature of airline alliances
Next Air India wants 2400 crores more, the bleeding continues