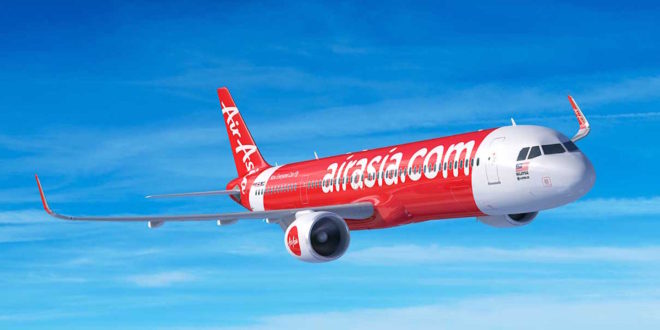 Malaysia-based low cost carrier AirAsia has placed an order with Airbus for 100 Airbus A321neo. The order value is $12.6 billion This is the airline group’s first ever order for the extended variant of the popular A320neo family. The announcement was made by AirAsia Group Chief Executive Officer Tony Fernandes and Airbus President and CEO Fabrice Brégier at the Farnborough Air Show a few moments ago.

A321neo offers seating up to 240 passengers when compared to the 189 of the A320neo. The narrow body, single aisle, Airbus A320, is the sole aircraft operated by AirAsia. The group’s long distance affiliate AirAsia X operates the A330 wide-body. With today’s order AirAsia has ordered 575 aircraft of the A320 Family, with over 170 A320ceo already delivered. The group operates companies in Malaysia, India, Indonesia, Japan and the Philippines. As per Fernandes, the airline flies almost 1,000 flights daily to more than 120 destinations in 24 countries.

Explaining why the group chose the A321neo, Fernandes said, “The A321neo will be operated on our most popular routes and especially at airports with infrastructure constraints. It will allow us to bring higher passenger volumes with the same slots…” “We will also continue to maintain our 25-minute turnaround with two- or three-step boarding where permitted to ensure on-time performance.”

The A321neo is popular in the United States with carriers selecting the plane as a replacement for the venerable and long serving Boeing 757. Though not so popular in Asia, low cost carriers Lion Air and Cebu Pacific have ordered the extended variant.

During the Q&A (listen to the audio below around 15 mins in), Fernandes hinted at a significant expansion in AirAsia’s India operations. “We are real excited about India”. Saying “potential is huge”, he sees opportunities of 200-300 aircraft in India given the small aircraft population vs. the market size. “We will probably be back here ordering more aircraft [for the Indian market]” “Now that the five year restriction is lifted, we are looking to accelerate …… we are keen to grow our international operations”. “We are not in to taking market share from anyone, we want to grow the market” Outlining strategy, he wants AirAsia to leverage its strengths in international operations to bring foreign tourists to India, but to smaller, secondary airports.