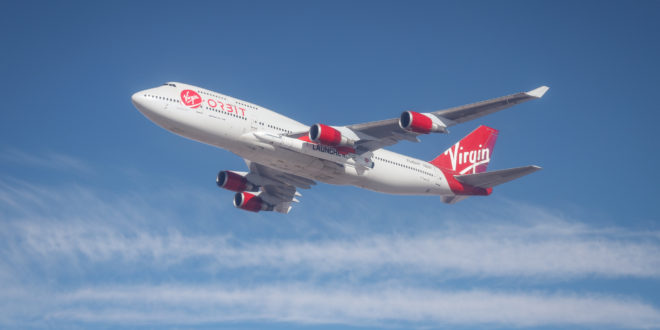 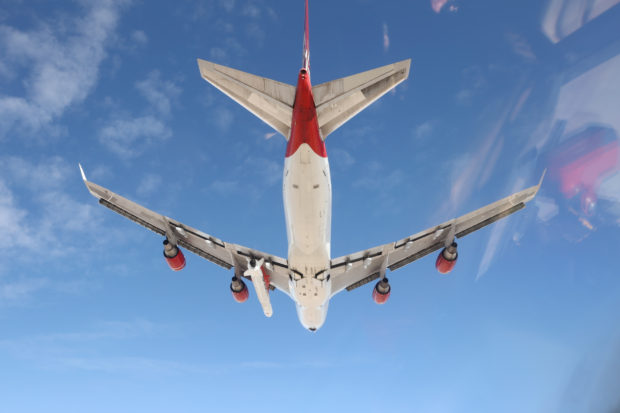 Richard Branson’s small satellite launch company is proving the feasibility of using the modified 747 to launch its carbon-fiber two-stage rocket. The company uses the fifth engine pod mount built in on the 747 to carry the rocket.

The aircraft is a 17 year old Boeing 747-400 which was delivered to Virgin Atlantic in October 2001 and was given the name Cosmic Girl. The aircraft which continued with her name was transferred to Virgin Orbit in 2015.

Kelly Latimer (Lt. Col, US Air Force, Ret.), Chief Pilot, Virgin Orbit
“The vehicles flew like a dream today, Everyone on the flight crew and all of our colleagues on the ground were extremely happy with the data we saw from the instruments on-board the aircraft, in the pylon, and on the rocket itself. From my perspective in the cockpit, the vehicles handled incredibly well, and perfectly matched what we’ve trained for in the simulators.”

This successful flight marks the start of a new phase in Virgin Orbit’s test flight campaign. As part of that program, the company will conduct several more flights of its 747-400, some with a LauncherOne rocket attached and some without. This phase of testing will conclude with a drop test, during which a rocket will be released from Cosmic Girl — without igniting.

A frequent flyer for both work and pleasure - Vedant has held elite status on many of the major alliances and airlines. Also an avid aviation photographer, his pictures have been published in and on the covers of many international publications.
@TheVedic
Previous Video: Airbus ACJ320neo completes it’s first flight
Next Jeju Air signs deal for 50 737 MAX