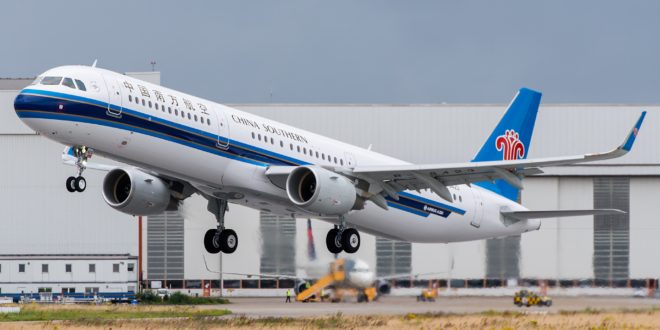 China Southern Airbus A321 B-8423. Taking off for it's delivery flight.

China Southern Airlines has officially conformed that it will leave SkyTeam at the end of the year. The airline which is Asia’s largest, posted the below notice to it’s shareholders and investors. 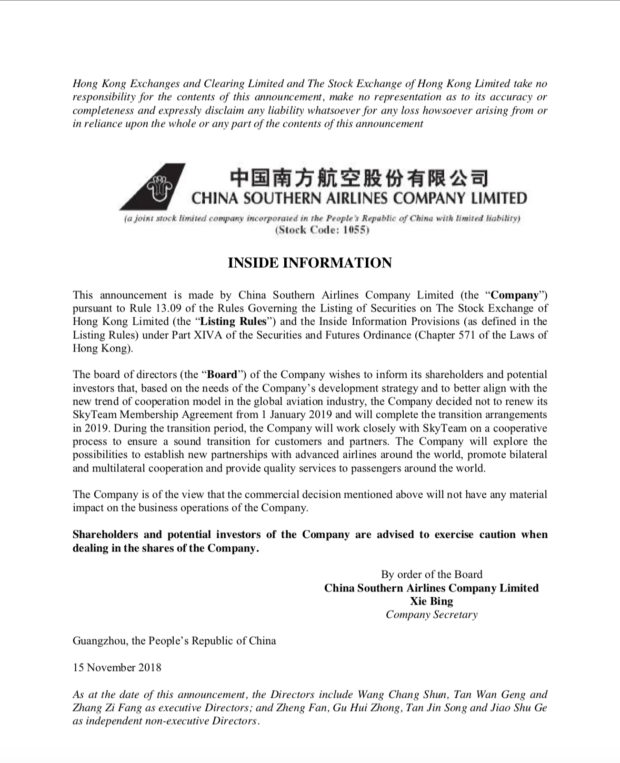 There have been rumors of China Southern leaving SkyTeam and going OneWorld for some time now. The airline has had a second rate status in SkyTeam due to Delta’s extensive partnership with Delta.

American airlines invested in China Southern in 2017, following which the two airlines have launched extensive code-share operations. However under their agreement with SkyTeam China Southern was restricted in how many code-shares it could have with a non-member airline.

With China Eastern in SkyTeam and Air China in Star Alliance – OneWorld is a logical option for China Southern. However Cathay Pacific which has veto power in OneWorld would likely not be very welcoming of another carrier so close to Hong Kong.