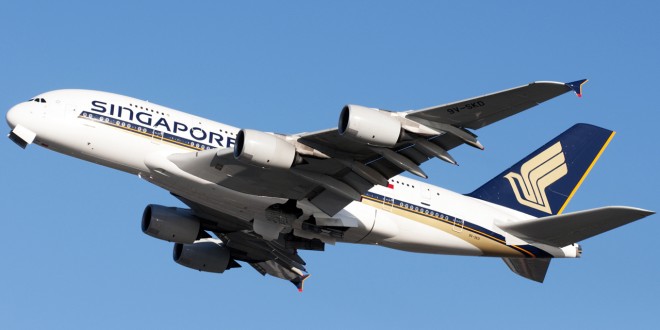 Singapore Airlines has finally unveiled its previously announced premium economy class, and has opened up selected routes for sale which will commence operations on August 9, 2015, the island nation’s 50th independence anniversary, on the Singapore Sydney route.

For travel agents, the new class is designated ‘S’ class in the traditional F, J, Y classes for first, business, and economy class. Sub classes include ‘T’ and ‘P’. [Note: Singapore Airlines considers its Suites product on its A380s as one above first class and designates it ‘R’ class.]

The airline indicates a seat width between 18.5 inches and 19.5 inches compared to the 19 inch width (the widest in the industry) in regular economy.

The seats have plenty of personal storage space for phones, tablets, notebooks, etc. Each seat has individual in-seat power sockets, reading lights (so you do not disturb your neighbour at night with the overhead light), USB ports for charging mobile phones and which allow you to connect your PEDs (personal electronic devices) to the in-flight entertainment system, 13.3 inch full HD IFE screens, active noise-cancelling headphones, large table for eating and working, water bottle storage and double wide armrests for shoulder space.

The food and beverage options are significantly enhanced for premium economy. Champagne is on the drinks menu, along with three meal choices on the regular menu. From April, the airline will offer its famous Book the Cook service allowing pre-ordering of popular dishes.

On the ground S class passengers will have priority check-in and priority baggage tagging. Baggage allowance is increased to 35kg and 110% frequent flier mileage accrual will be offered though the airline’s release is not clear whether this will limited to the airline’s KrisFlyer program members.

As we had predicted in May 2014, Singapore Airlines will use an eight abreast 2-4-2 configuration for the new premium economy (S) class in both the A380 and B77W. On the A380 the S class is located between the Suites and economy, while on the Boeing it will be between business and economy.

Singapore Airlines will offer the S class only to Mumbai and New Delhi since it does not operate an A380 or a B77W to any other Indian destination. With the reduced first and enlarged business class the airline can consider Bangalore which does offer significant premium business traffic but very little first class traffic.

Courtesy Airline Routes website, the initial planned roll out of the premium economy service is as below. New Delhi and Mumbai will commence in October 2015.

To compare Singapore Airlines, with the premium economy class of Cathay Pacific, Lufthansa and Air France, use the related links.