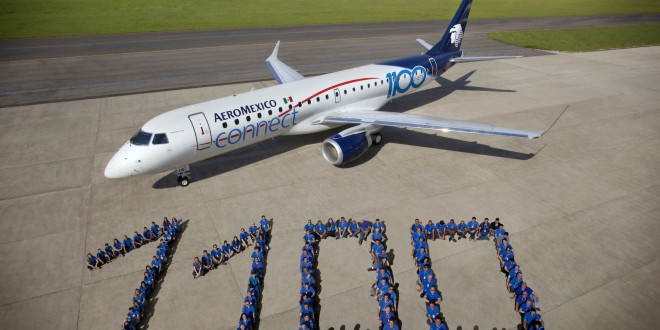 Brazilian airframer Embraer has delivered the 1,100th E-Jet production aircraft to Aeromexico at a ceremony held at the Benito Juárez International Airport, in Mexico City. The aircraft an E190 bearing the registration XA-GAW, is also the 200th aircraft from the E-Jet family flying in Latin America.

“In the same year that we are celebrating the E-Jets’ 10th anniversary of operations, worldwide, we are immensely proud to be recognizing yet another milestone that this versatile family of aircraft has now achieved, As one of Embraer’s largest operators, it is only fitting that Aeromexico is the recipient of the 200th E-Jet on the Latin American continent, as well as the 1,100th E-Jet worldwide.”