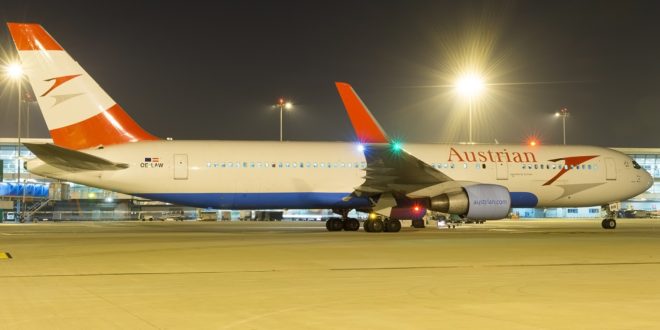 A couple of weeks back we saw Lufthansa announce its plans to reduce its fleet by retiring some of their A380s and 747s amongst other aircraft. At the time it was also announced that subsidiaries Austrian and Swiss would also see reductions but no further details were given.

Austrian has now laid out its future plan. The airline suspended its operations on 18 March 2020 and it is unclear when they will resume. Like its parent the Lufthansa Group, the airline has a pessimistic outlook for the next few years, specifically:

Austrian Airlines Executive Board member Andreas Otto commented that “The entire airline industry is pessimistic. We have to assume that we will reach the ‘pre-corona level’ again in 2023 at the earliest.”

The airline has outlined how it will reduce its fleet to meet this reduced demand:

The reduction will see Austrians long haul fleet reduced by 25% with three 767s and six 777s left in service. The airline will also be taking delivery of some used A320s. This signifies a fleet reduction of 25% which corresponds to a capacity reduction of 20% since the aircraft being retired are smaller planes.

A frequent flyer for both work and pleasure - Vedant has held elite status on many of the major alliances and airlines. Also an avid aviation photographer, his pictures have been published in and on the covers of many international publications.
@TheVedic
Previous The legendary Boeing 757 – a template for the future?
Next Government extends flight cancellations till 17 May