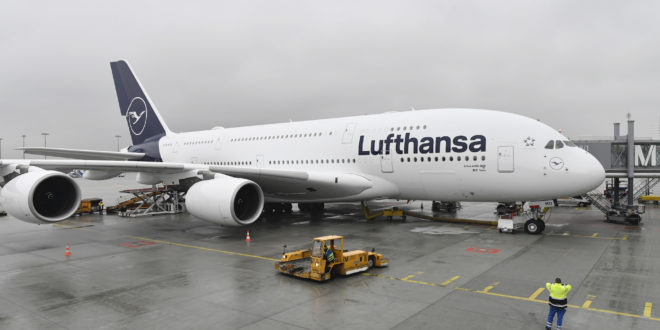 As the Coronavirus impact spreads and airlines prepare to brace for impact, the airline industry is facing its gravest challenge yet. Casualties have started. FlyBe – the largest regional airline in the UK has already ceased operations after an unsuccessful buyout and attempted turnaround. Other airline failures are all but certain.

Forecasts from various industry quarters including IATA estimate a drastic decline in demand. Losses emanating from this decline were initially estimated to be around USD 30 billion. They have since been revised to figures that are north of USD 100 billion. To ensure the losses don’t deliver a death-blow, airlines are forced to act. And to act fast. Here is what they are doing

Capacity in airlines refers to either aircraft or seats. For airlines cutting capacity (as opposed to reallocating capacity) is often a measure of last resort. It indicates that the supply-demand spread is so skewed that it is essential to take supply out of the market. And airlines are doing just that.

Capacity cuts are being announced each day. Such drastic capacity cuts have not been seen in the recent past. To give an idea:

These adjustments are critical to the airlines’ sustainability. Because airlines collect money for tickets upfront and service is rendered at a later date. That is, an airline sells for cash-flow and flies for profit and loss. With demand severely depressed forward bookings are dissipating. Thus, airlines are forced to take measures that match supply to demand. Capacity cuts are the first step towards doing just that.

While capacity cuts help the airline manage the spread between supply and demand, reduction of capacity also carries a cost. Because the aircraft even while sitting on the ground incur charges. These charges include lease costs, airport charges and even storage charges. As such they have to be controlled.

Further, even when flying a reduced schedule the cost of airline operations is particularly challenging because of the nature of the fixed and variable costs. The fixed costs are fairly high whether it is aircraft, maintenance, renting airport space, IT systems etc. One way to manage this is to amortize this over a large base but with a reduced schedule, this amortization goes for a toss.

On the variable cost side, the nature of the costs is such that reductions are not very feasible. Flying from one-point to another, crewing costs are constant, there are minimum fuel requirements, landing and parking costs are based on the maximum takeoff weights (MTOWs) and costs of disruption are borne by the airline.

Capacity cuts also necessitate matching staffing levels. Because for airlines labour is one of the key cost items. Thus the fear of massive layoffs which are likely to follow if the situation does not improve. Already airlines are working on initial measures to contain staff costs:

These measures matter more than ever. Because in the current environment costs are the only item that can be managed. Revenues will only recover once confidence returns to the system. Till such time costs must be contained.

Often when demand slows down there is a gradual shift. Bookings for premium classes start to decline and this then gradually permeates to non-premium travel. Thus low-cost airlines or airlines that offer a fairly bare-bones product feel the impact less. Because for these airlines fare-sales can help stimulate demand. But this time around the demand has fallen across segments. And the decline has not been gradual but very sudden. And fare-sales are not leading to any uptick in bookings.

In this scenario, airlines have to curb growth plans. Yet lack of growth also poses a challenge. Because for airlines especially growing airlines, growth means densification of networks, offering multiple schedules and multiple frequencies. This helps capture more traffic, capture more premium flyers and amortize costs as well. Without growth, the airline has to rely on flyers flying its current network – and how this is stimulated is via reducing ticket prices and one-time offers. Only this time the results are not materializing. Fear of the coronavirus is overshadowing all these measures.

If this was not bad enough, airlines, especially in Asia, are sitting on voluminous aircraft orders. For airlines that did not build enough flexibility into these orders or airlines where planning departments did not cater for black-swan type scenarios, the orders can actually be detrimental.

Because options like subcontracting or selling in the secondary market are not viable in the current scenario. And also because cancellation of the orders triggers penalties. Finally, these orders carry with them clauses on minimum contracted deliveries and require financing via various methods. In a market scenario where demand is depressed, airlines find it very hard to induct aircraft and to deploy them profitably.

In an irony of sorts, crude is at fairly low levels which otherwise would have been a boon for the airlines. But with such depressed demand, it hardly matters as the revenues are just not coming. Capacity cuts are the norm. Costs have to be contained and growth is but a distant dream.

Overall, the airlines are in for one of the most challenging times in recent memory.

Satyendra Pandey is an India market expert and has held a variety of roles across aviation. An author and a certified pilot, his most recent book is titled: Dissonant dispatches: Indian aviation’s emergent flightpath.
@spandey16
Previous Airlines must brace for impact due to the corona crisis
Next Has Corona altered aviation as we know it forever?