American airframer Boeing has delivered the first 787-10 to launch customer Singapore airlines at a special ceremony over the weekend.

Around 3000 people marked the milestone delivery at the company’s North Charleston, South Carolina facility which is the exclusive assembly site for the 787-10 unlike her smaller siblings which are also assembled at Paine Field at Everett, Washington. 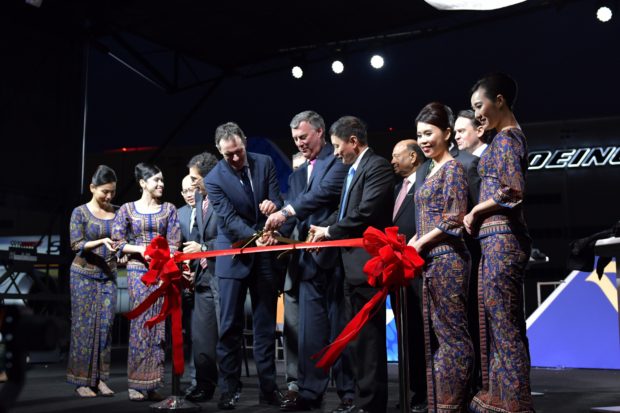 Singapore airlines has configured it’s 787 in a two class with 36 Business Class and 301 Economy Class seats. The airline has 49 of the type on order. Singapore Airlines group will be the first to operate all the three variants of the dreamliner – the airline’s subsidiary Scoot already operates the 787-8 and -9.

Goh Choon Phong, chief executive officer, Singapore Airlines
“It is an honour for us to be the world’s first airline to take delivery of this amazing aircraft, The 787-10 is a magnificent piece of engineering and truly a work of art. It will be an important element in our overall growth strategy, enabling us to expand our network and strengthen our operations. The 787-10 underscores Singapore Airlines’ longstanding commitment to operate a modern fleet, and marks the start of a new chapter in our shared story with Boeing.”

Kevin McAllister, President and chief executive officer, Boeing Commercial Airplanes
“This is a big day for all of us at Boeing and for our global supplier partners. We are thrilled to deliver the first 787-10 Dreamliner to Singapore Airlines, one of the world’s leading carriers. And we are honored by Singapore’s partnership and trust, as reflected by their repeated orders for the Dreamliner, The 787-10 will extend the Dreamliner effect that we are seeing across commercial aviation as the 787’s superior passenger experience and unmatched fuel efficiency helps airlines open new routes and achieve significant fuel savings and emission reduction.” 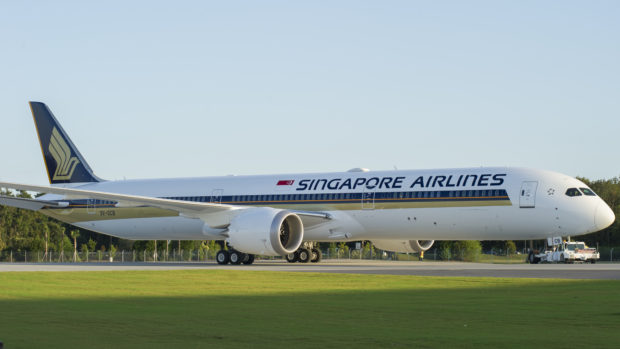 The airline will begin to operate the aircraft to Bangkok and Kuala Lumpur for crew training purposes. The first scheduled services of the aircraft will be to Osaka and Perth.

The aircraft will be a perfect fit for the airline to operate to India – the 787-10 sacrifices range for capacity. With it’s two class configuration – the airline should be able to maximize loads from Indian destinations like Bangalore which have high business class demand but not too much first class traffic. First class traffic in India is mainly limited to Delhi and Mumbai where the airline already operates multiple flights, so expect the 787-10 to replace some of the existing 777 services sooner or later.