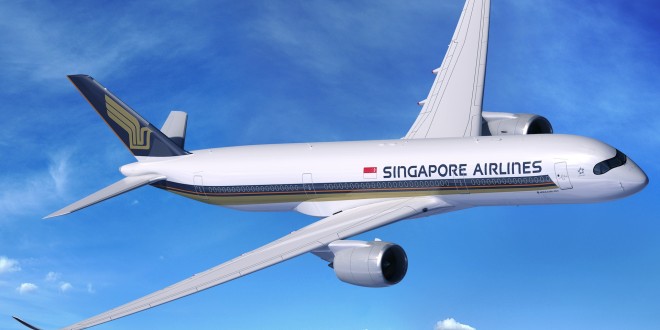 Singapore Airlines which used to operate two of the world’s longest non-stop flights, between Singapore and both Los Angeles and Newark, will re-launch these flights in 2018.

The island nation’s flag carrier has signed an agreement with European airframer Airbus, to be the launch customer for the new A350-900ULR (ultra-long-range) variant of the itself new, A350 aircraft.

Singapore also has options for another 20 aircraft and is exercising its options and confirming an order for four additional A350-900, thus increasing its firm order to 67 aircraft and 16 options.

Presently Qantas operates the world’s longest non-stop flight between Dallas-Fort Worth and Sydney, 13,804 kilometres. Emirates has announced a non-stop between Dubai and Panama City which will be 13,821km. Singapore Newark is over 15,344km. Singapore Airlines ceased operations of its two non-stop US flights in 2013. Coincidentally those flights were operated by the Airbus A340-500, an aircraft which lost out to the Boeing 777-200LR, and high fuel prices. Emirates will be discontinuing all its A340-500 services very shortly.

With seven A359ULR aircraft Singapore Airlines can perform about 21 flights a week. Expect the airline to launch a third US non-stop destination in addition to Los Angeles and Newark.

Just yesterday, Singapore Airlines announced its first A350-900 destination will be Amsterdam. The service will commence in April 2016. The airline will take delivery of its first A350 in January 2016 and like with any brand new aircraft type, it will first operate the aircraft to nearby Jakarta and Kuala Lumpur to rapidly complete crew training and familiarisation.