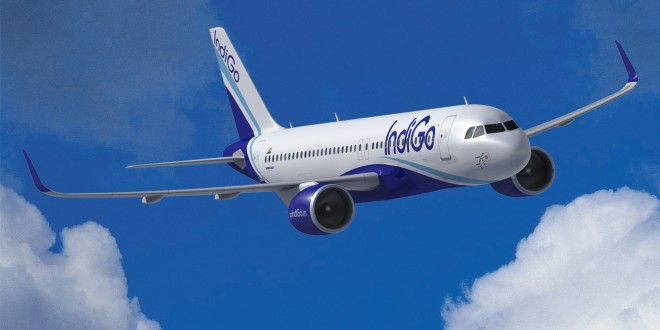 Signed on India’s 69th Independence Day, August 15 2015, the order is a confirmation of the agreement entered into in October last year, by the two companies.

This order is the single largest order by numbers ever placed on Airbus.

IndiGo commenced operations by placing an order in 2005 for 100 A320 narrow body single aircraft aircraft, at the time, considered monumental. Today that order has been completed. In 2011, at the Paris Air Show, IndiGo was one of the earliest adopters globally, and the first from India, when it ordered the 180 A320neo. With today’s order, IndiGo’s order book for the A320 family aircraft is 530 of which 430, all A320neo’s are due for delivery. However, the airline has not release any delivery schedule for the orders.

The carrier had indicated in its draft red herring prospectus (DRHP) for its initial public offering (IPO), last year’s purchase agreement had lapsed. This had raised concerns in the investor community, which will be put to rest with today’s announcement.

A electronics and automotive product management, marketing and branding expert, he was awarded a silver medal at the Lockheed Martin innovation competition 2010. He is ranked 6th on Mashable's list of aviation pros on Twitter and in addition to Bangalore Aviation, he has contributed to leading publications like Aviation Week, Conde Nast Traveller India, The Economic Times, and The Mint (a Wall Street Journal content partner). He remains a frequent flier and shares the good, the bad, and the ugly about the Indian aviation industry without fear or favour.
@BLRAviation
Previous SpiceJet adds 137 new connections to it’s flight schedule
Next Air China to begin a direct Mumbai-Beijing service