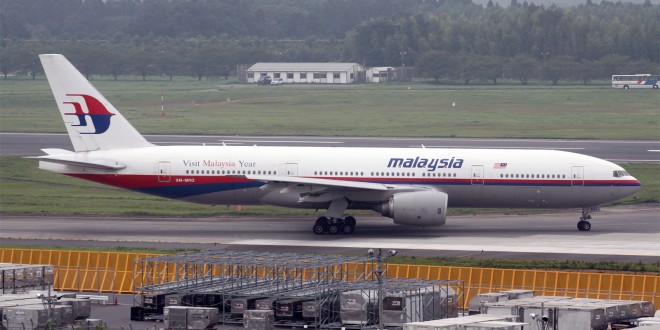 Sepang, 8 March 2014: Malaysia Airlines is still unable to establish any contact or determine the whereabouts of flight MH370. Earlier today, Subang ATC had lost contact with the aircraft at 2.40am. The last known position of MH370 before it disappeared off the radar was 065515 North (longitude) and 1033443 East (latitude).

We are still trying to locate the current location of the flight based on the last known position of the aircraft. We are working with the International search and rescue teams in trying to locate the aircraft. So far, we have not received any emergency signals or distress messages from MH370. We are working with authorities and assure that all sources are deployed to assist with the search and rescue mission.

The passenger manifest will not be released until all families of the passengers have been informed. The flight was carrying a total number of 239 passengers and crew – comprising 227 passengers (including 2 infants) and 12 crew members.

We are deploying our “Go Team” to Beijing which will depart Kuala Lumpur International Airport at 4.30pm with a team of caregivers and volunteers to assist the family members of the passengers.

The passengers are of 14 different nationalities. All crew on-board are Malaysians.

Please take note that the earlier statement did not include the number of Indian nationals. This was due to confusion between the country code of Indonesia and India.

The below table shows the latest number of passengers and their nationalities:-

Our focus now is to work with the emergency responders and authorities and mobilize our full support.

Our thoughts and prayers are with all affected passengers and crew and their family members.

The Malaysian Authorities have corrected the list of nationalities of the passengers on board MH 370. Five Indians are now confirmed on board the ill-fated flight.

As per a Yahoo news report at 12:37 Malaysia/China local time

A Malaysia Airlines Boeing 777-200ER 9M-MRO which was performing flight MH370 from Kuala Lumpur, Malaysia to Beijing, China lost contact with air traffic control. By now the plane would have run out of fuel and there are no reports of the plane landing anywhere, and can be presumed as crashed.

The flight was carrying 239 persons on board. 227 passengers (including 2 infants) from 14 nationalities, and 12 crew members. No Indians were on board. Passenger citizenship include 153 Chinese (including one infant), 38 Malaysians, 12 Indonesians, six Australians, four Americans (including one infant), three French, two each Canadians, New Zealanders, and Ukrainians, one each Russian, Italian, Taiwanese, Dutch, and Austrian.

The airline has activated search and rescue operations.

Quite obviously something catastrophic has occurred. The flight was in the most stable portion of a flight i.e. cruise, a time when the flight is on autopilot, the engines are operating around 60% power, pilots are relaxed, everything is normal. The crew has not had time to report a “Pan Pan Pan” or “Mayday”. The airline is a well experienced, well reputed, member of the oneworld alliance. The Boeing 777 is one of the most popular aircraft in the world and has a good safety record. Does this remind you of Air France AF447 which crashed in the Atlantic Ocean on a flight from Rio to Paris?

We deeply regret that we have lost all contacts with flight MH370 which departed Kuala Lumpur at 12.41 am earlier this morning bound for Beijing. The aircraft was scheduled to land at Beijing International Airport at 6.30am local Beijing time. Subang Air Traffic Control reported that it lost contact at 2.40am (local Malaysia time) today.

Flight MH370 was operated on a Boeing B777-200 aircraft. The flight was carrying a total number of 239 passengers and crew – comprising 227 passengers (including 2 infants), 12 crew members. The passengers were of 13 different nationalities. Malaysia Airlines is currently working with the authorities who have activated their Search and Rescue team to locate the aircraft. Our team is currently calling the next-of-kin of passengers and crew.

Focus of the airline is to work with the emergency responders and authorities and mobilize its full support. Our thoughts and prayers are with all affected passengers and crew and their family members. The airline will provide regular updates on the situation.

For the next-of-kin, please inform them to to Anjung Tinjau, Level 5, KLIA. Our staff will be there to assist. Transport will be provided to go to the South Support Zone Facility building for the next-of-kin.

Or next-of-kin may head straight to the Support Facility Building at KLIA’s South Support Zone.