2011 was a banner year for airlines and airports around the world, who reveled in the restored economic growth. And nowhere was that air travel growth more apparent than at Doha International Airport, which saw passenger traffic grow to an all time record of 18.1 million passengers, growth of 15.24% versus 2010. The graph below shows the five year trend of traffic at Doha, and the information is presented in tabular format right after that in the same image.

The growth in Doha mirrors that of its largest tenant, Qatar Airways, who saw passenger traffic rise over 12 million in 2011 and now serves 115 destinations from its Doha hub. However, please note that Doha has plenty of origin and destination traffic (O&D) as well. The remaining 6 million odd passengers traveling to Doha on other carriers are primarily O&D, and based on this figure, we can extrapolate that O&D in Doha is between 8 and 10 million passengers per annum (between 45 and 55% of its overall traffic).

The news also causes me to wonder about the effectiveness of Doha’s airport strategy. The current airport is overburdened with capacity (it was designed to handle a maximum of 12.5 million passengers per annum) and poorly designed (it has no jetbridges). Meanwhile, New Doha International Airport had to be delayed by two years in order to allow it to ramp capacity up to the 25 million passenger level required to absorb all current operations in Doha. But if growth rates continue in the 10-15% range over the next two to three years, then even NDIA might find itself in a similar situation to the current airport. 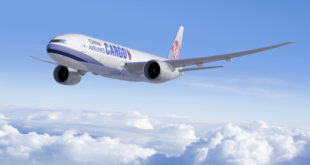 PARIS 2019: Boeing gets 777F orders from China Airlines and Qatar 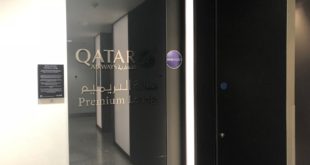