The international operations of financially beleaguered Kingfisher Airlines have all but collapsed as lessors have commenced demanding “re-delivery” (industry parlance for return) of the wide body Airbus A330-200s which constitute the mainstay of the international flights.

The actions are ironic as Dr. Mallya acquired Capt. Gopinath promoted Air Deccan to hasten Kingfisher’s entry in to international operations. The Air Deccan acquisition is widely seen as probably the worst decision made by the flamboyant business tycoon, one which most likely marks the commencement of the downfall of the airline.

As per airline sources, who are not authorised to speak to the media, on February 24, the airline voluntarily signed an undertaking to return an Airbus A330-200 aircraft, registration VT-VJN, air-frame number MSN 3823 to the lessor. On March 5, the lessor made a formal request for re-delivery of the aircraft. On March 9, Kingfisher has informed the DGCA and on March 13, VT-VJN performed flight IT001 from Delhi to London Heathrow and was handed over.

As per the records of India’s civil aviation regulator, the DGCA, the lessor is M/s Nightjar Ltd., 33, 41, Lower Mount Street, Dublin 2, Ireland.

Sources indicate one more aircraft is due for re-delivery to a lessor. Most likely this is air-frame VT-VJL which has technicalled in Mumbai and therefore has not yet been re-delivered till now.

VT-VJO and VT-VJK have been lying idle in a state of disrepair for a long time.

This effectively leaves only one A330-200 aircraft operating. VT-VJP will fly the Delhi London Heathrow route till March 25, when Kingfisher has officially announced the cessation of international operations with the exception of the Mumbai-London Heathrow route, which will operate till April 9.

The end of operations has been on the cards. With Kingfisher Airlines being suspended from the IATA Clearing House (ICH), payments to airport operators, fuellers, ground-handling and catering companies, overseas, all essential for operations, were disrupted, and patience only works for so long.

From back in 2009, Bangalore Aviation had expressed concern on the poor manner in which the airline has conducted its international operations.

Adding insult to injury, Kingfisher’s mentor for its aborted entry in to the oneworld alliance, British Airways, has announced a cancellation of the code share agreement between them.

On the sidelines of the India Aviation 2012 show, civil aviation ministry authorities expressed anger at the situation, but also said as long as Kingfisher Airlines met the conditions of their license (a certain amount of equity and a minimum five air-worthy aircraft) it was difficult to justify cancellation or suspension of the airline’s license unless passenger safety was directly at risk. The regulator DGCA Mr. E.K. Bharat Bhushan expressed anger saying “there is situation of distrust rapidly building, and this cannot go on indefinitely”.

One can only feel sad at the turn of events. Even today, in the darkest hour, many a frequent flier shows allegiance to the brand, and will fly the airline again. By not paying a simple Rs. 300 Cr. tax bill, the bank accounts of the airline were frozen, and the situation has spiralled out of control.

A electronics and automotive product management, marketing and branding expert, he was awarded a silver medal at the Lockheed Martin innovation competition 2010. He is ranked 6th on Mashable's list of aviation pros on Twitter and in addition to Bangalore Aviation, he has contributed to leading publications like Aviation Week, Conde Nast Traveller India, The Economic Times, and The Mint (a Wall Street Journal content partner). He remains a frequent flier and shares the good, the bad, and the ugly about the Indian aviation industry without fear or favour.
@BLRAviation
Previous Emirates celebrates, gets ready to receive 1000th Boeing 777
Next Exclusive Photos: Cabin interiors of Embraer Legacy 650 2012 version 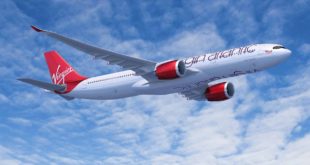 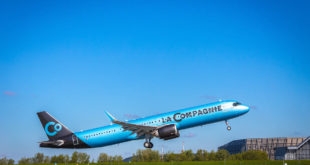