Photos and Video: Bangalore airport terminal 1 to be expanded almost 100%

The operators of the Bengaluru international airport (BIA), Bangalore International Airport Limited (BIAL), have announced a massive expansion of the existing terminal 1 which is expected to commence almost immediately, cost about Rs. 1,000 Crore (approx $222 million) and complete in about 18 months time. Outline of existing terminal indicates the scope of expansion.
Click on image for high res. view.
(More high resolution photos below the fold)

Announcing the expansion, BIAL Managing Director Mr. Sanjay Reddy admitted that despite BIA being adjudged as the best run airport in India, the current terminal was at capacity with a traffic of just 10.6 million.

The expansion would increase capacity to approximately 17 million passengers and while left unsaid, it is clear that GVK, the new owners of the airport have listened to the litany of complaints from political circles on the various short-comings of the airport, including the feeling that the terminal looks like an industrial shed. The “shed” complaint is being addressed by hiding the terminal with a new flowing canopy.

Designed by HOK the expanded T1 will take terminal floor space up 86% from 72,000 square meters to 134,000 square meters. Bangalore Aviation has always praised the smooth, uncluttered and efficient interior of the terminal and the general layout is being retained in the new expansion.

The contact stands i.e. boarding gates with aerobridges go up from the current 8 Code C (B737/A320) or 4 Code D/E (B777, A330, B747) to 15 Code C or 7 Code E and one Code F (A380). One the sidelines, Mr. Reddy confirmed to Bangalore Aviation that BIA airside including taxiways will be upgraded to Code F capability for A380 operations during this upgrade.

A constant complaint about the lack of adequate seating in the security hold area is being addressed with seating going up from 2,300 to 5,300 (excluding airline lounges and F&B outlets).

Bangalore Aviation was shown the floor plans. We have requested a copy which we will share with readers when obtained.

A new mezzanine is being added on both ends of the expansion. The western side (domestic) will be used for airline lounges, etc., and the eastern side will house a relocated and increased immigration area. The domestic security screening will be housed in the expanded western section and the international security screening will also be increased and re-aligned in the same direction as the current emigration counters. Additional bus-gate departure seating is being provided on the first level (ground floor) of the terminal.

Click on any image for a high resolution view 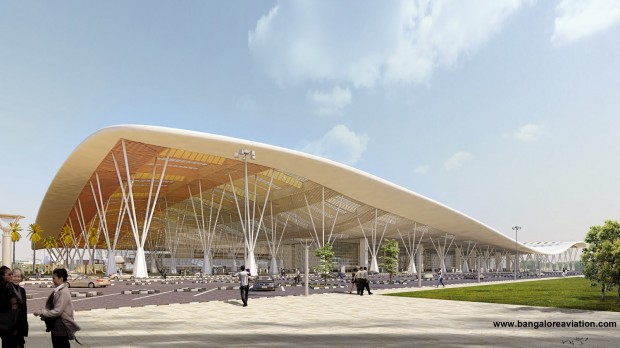 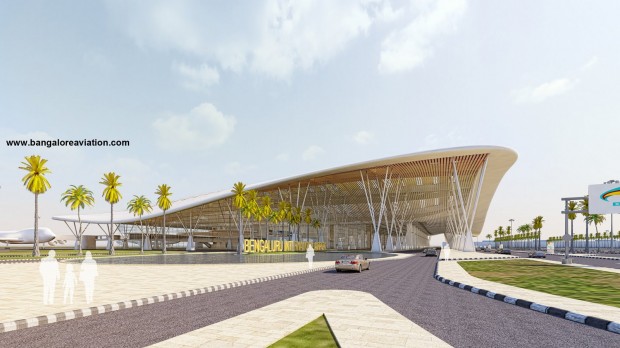 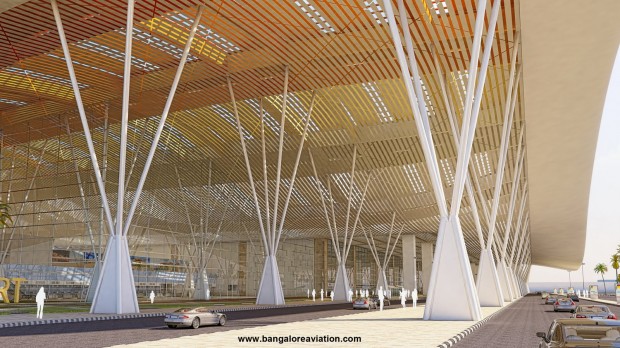 There is also this video walk-through on the new terminal for your viewing pleasure.