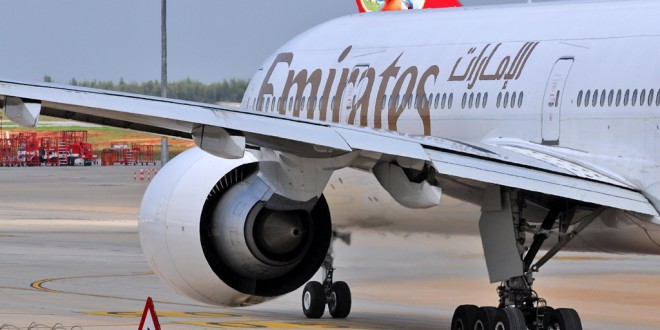 I have always loved the General Electric GE90-115B engines which exclusively power all Boeing 777-200LRs and 777-300ERs. The super large size and low throated moan when operating just tickles me.

The GE90 series are physically the largest engines in aviation today, the GE90-115B, has a fan diameter of 3.25 meter (10ft 8 in). The engine has a larger diameter than most smaller airliners such as the Bombardier CRJ family or the Embraer ERJ. In fact it is only slightly smaller than the 3.7 metre cabin width of the Boeing 737. The diameter of the engine allows it to spin at slower revolutions and makes for a more quieter engine.

It performance specifications are equally impressive.

Some other notable facts

However, all these performance does come at a price. GE90 engines can only be airfreighted in assembled form by outsize cargo aircraft such as the Antonov An-124 ‘Condor’, presenting unique problems if a 777 was stranded in a place without the proper spare parts.

The GE90 is being used as the platform for development of new GEnx engine which will power the Boeing 787, 747-8. Across the Atlantic a separate GE90 derivative engine for the Airbus A380 called the GP7000 which is used by Emirates airline, is being developed by Engine Alliance, a cooperative venture between GE Aircraft Engines and Pratt & Whitney.

A electronics and automotive product management, marketing and branding expert, he was awarded a silver medal at the Lockheed Martin innovation competition 2010. He is ranked 6th on Mashable's list of aviation pros on Twitter and in addition to Bangalore Aviation, he has contributed to leading publications like Aviation Week, Conde Nast Traveller India, The Economic Times, and The Mint (a Wall Street Journal content partner). He remains a frequent flier and shares the good, the bad, and the ugly about the Indian aviation industry without fear or favour.
@BLRAviation
Previous Spotting images: Jetting in the rain–Emirates A330, Air India A319, Oman Air Boeing 737
Next Spotting images: Smokin Touchdowns