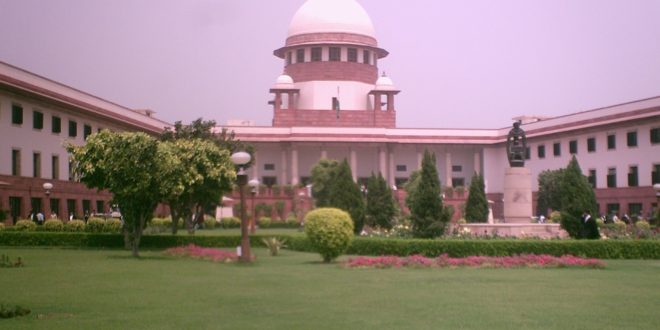 Earlier this morning the Supreme Court ruled on the issue of airlines refusing to issue refunds to passengers who had booked tickets and were unable to fly during or after the lockdown. While the judgment is fairly detailed, broadly it states that:

With this judgment, the airlines (especially the weaker airlines) are finally breathing a sigh of relief. Because refunds would mean a further hit to cash balances which are at extremely low levels.

As justification airlines invoked the force majeure clause. Namely a clause which is invoked when there are unforeseeable circumstances that prevent someone from fulfilling a contract. Even the world’s largest aviation market had directed its airlines to ensure refunds are issued to passengers.

How we got to this situation

To understand why the airlines would resort to such measures it is important to highlight how the airline business works. Airlines collect money for tickets upfront and service is rendered at a later date. That is, an airline sells tickets in advance and collects cash. The actual flight may be several days or weeks later and only then will the airline realize a profit or a loss.

With bookings, closed airlines were simply not collecting any cash. Indeed, they came to a very rarely seen situation of negative bookings – where the cancellations of tickets are higher than the number of bookings. The impact: airlines had to pull up reserve cash and overdraft facilities which too had dried up.

Mostly because the manner in which airlines have been managed is one where cash levels are very low. With the exception of Indigo airlines simply haven’t stowed away enough cash to cater for a rainy day. Well not only did the rainy day came, but it was also more like a heavy rainstorm followed by a cyclone and extensive flooding. And airlines were caught without having saved enough for a rainy day.

Lack of a bailout contributed to the woes

Industry sources indicate that the government was indeed approached for a bailout. This bailout will be in the form of deferment of taxes, deferent of expenses (such as dues to Oil Companies and airports) and a waiver of certain charges. Yet these only impact cash-outflow. Airlines still have to pay lease rents and employee expenses for which cash-inflows are required.

Cash inflows can be made possible by government grants (a.k.a taxpayer grants) but these carry with them a conundrum. Especially for a government that is attempting to disinvest an airline. If the grants are given against equity stakes the government will effectively own portions of several airlines.

Secondly, the grants have to be structured equally and the size of airlines in India is very different as are balance sheets as are profitability profiles. If that wasn’t bad enough, one airline is under ED investigation while another is a national carrier (technically they should get everything with the government being the owner).

Finally, the industry itself was divided with several analysts indicating that the demise of one (or more) carriers was (and perhaps is) imminent.

Overall, while it is almost certain that the government wanted to help airlines, the bailout was simply not an option

Imagine a situation where you order a meal delivered from a restaurant. The restaurant knows that is very likely that it won’t be able to prepare the meal (let alone deliver the meal) but goes ahead and takes the order anyway. Upon failing to deliver the meal it then informs you that the money you paid won’t be refunded but can be used towards a meal in the future.

Which assumes that you’d still want to go to that particular restaurant and more importantly that the restaurant will not go out of business. In parallel, the restaurant stops paying its bills to suppliers. This is what was faced by the air travellers as they booked flights. Namely, the fact that airlines took bookings but did not commit to refunds.

The Supreme Court judgment seems to have resolved it – for the time being. Strict implementation and monitoring of the judgment remains to be seen.

The writer(s) are external experts. Bangalore Aviation may not agree with the views expressed by the author. Authors prefer to remain anonymous for a variety of reasons but mostly since they are not authorised by their employers to express their views publicly on the record.
Previous Vistara becomes first Indian airline to offer in-flight internet
Next Guide to traveling on Air-Bubble and Vande Bharat Mission (VBM) flights