Aero India 2019 is just around the corner and for the last couple of days, the airspace around the air base has been closed with the various display aircraft taking to the skies to practice their routines.

(See our Photographer’s guide and check-list to air-shows)

What can you expect to see flying at Aero India 2019

(Note: These are our best guess on the lineup. The final show may be different.)

The airshow will also include aerobatic displays by the Indian air force’s Saarang and Suriya Kiran teams and also the private Yakolevs.

Some other aircraft to watch out for at the show will be the formidable Boeing C-17 Globemaster, Airbus’ A330neo demonstrator, the IAF’s vintage squadron Tiger Moth and Dakota, Pilatus trainer and Embraer AWEC-S platform.

Other aircraft like the Mil-8 and 17 helicopters, Dornier 228 and Ilyushin IL-76 can also be seen flying at the show between the displays.

On static display expect to see a large complement of the various aircraft types of the Indian Air Force along with various executive jets.

Pictures are copyright of Venkat Mangudi. Do not reproduce in any form without permission. 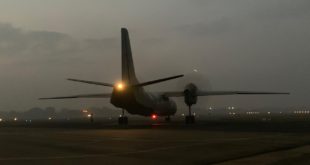 As of this writing, there are 15 miners trapped inside an illegal mine in Meghalaya …