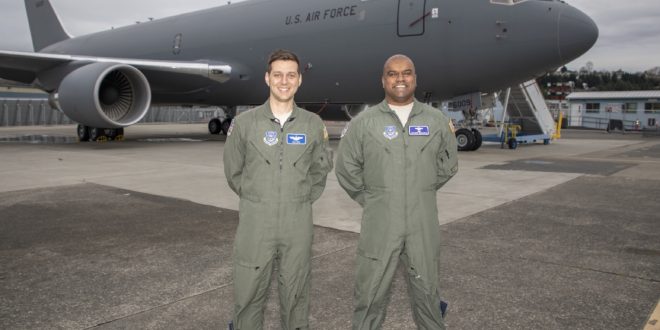 The United States Air Force (USAF) has accepted the first KC-46A tanker aircraft which will allow the aircraft’s delivery to delivery to McConnell Air Force Base in Wichita, Kansas in the coming weeks.

With the signing of what’s known as the DD250 paperwork, the delivery activities can proceed. McConnell Air Force Base will receive the first four KC-46 aircraft, all of which are ready for delivery. The next four aircraft destined for Oklahoma’s Altus Air Force Base will begin as early as next month.

Boeing is on contract for 52 of an expected 179 tankers for the USAF.

A frequent flyer for both work and pleasure - Vedant has held elite status on many of the major alliances and airlines. Also an avid aviation photographer, his pictures have been published in and on the covers of many international publications.
@TheVedic
Previous Bangalore Kempegowda airport embarks on expansion plan to cater till 2030
Next AirAsia adds more flights from Delhi, Pune, Srinagar and Hyderabad