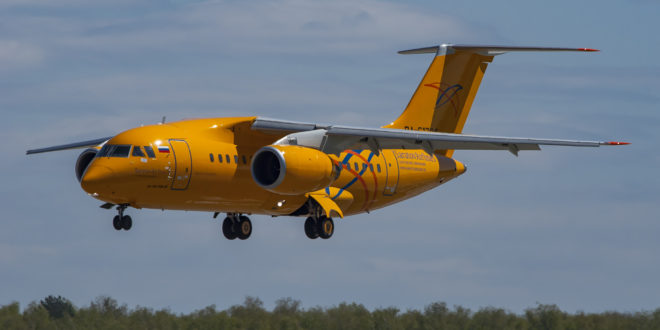 Russian An-148 crashes after takeoff from Moscow

An An-148 of Saratov Airlines, has crashed five minutes after departing from Moscow. The aircraft was performing a scheduled flight 6W 703 from Moscow Domodedovo Airport to the city of Orsk.

From ADSB data the flight appeared to climb to an altitude of 6200 feet before descending to 3250 feet where signal was lost.

Saratov airlines is an airline based at Saratov Tsentralny Airport. It operates a fleet of six An-148’s and two Embraer ERJ-190’s.

Flight #6W703 took off from Moscow at 11:22 UTC time and 5 minutes later we tracked it descenting with 3300 feet per minute before the signal was lost. pic.twitter.com/6Bt5rCiKlm

A frequent flyer for both work and pleasure - Vedant has held elite status on many of the major alliances and airlines. Also an avid aviation photographer, his pictures have been published in and on the covers of many international publications.
@TheVedic
Previous Boeing unveils first 737 MAX 7. Delivery to Southwest Airlines next year.
Next EASA issues emergency AD for Pratt GTF powered A320neo & A321neo