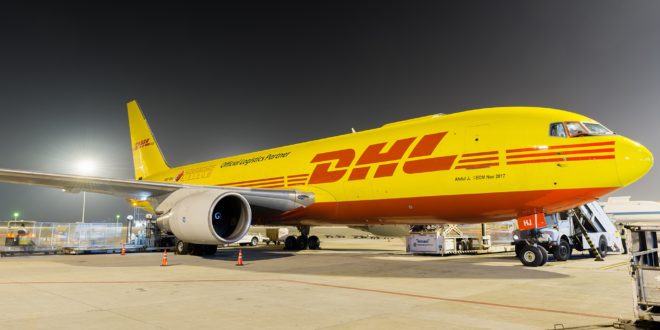 The Boeing 767 was developed in the 1970’s along with the 757 and first flew in 1981. The aircraft would prove to be a very successful model for the American airframer with over 1100 having been produced and orders still pending for the freighter and military versions of the aircraft.

Unfortunately the 767 is not a commonly seen aircraft in India especially in Bangalore. A couple of weeks back while we were on the airside at Bangalore airport, we were very lucky to come across a DHL International Boeing 767 freighter at the airport.