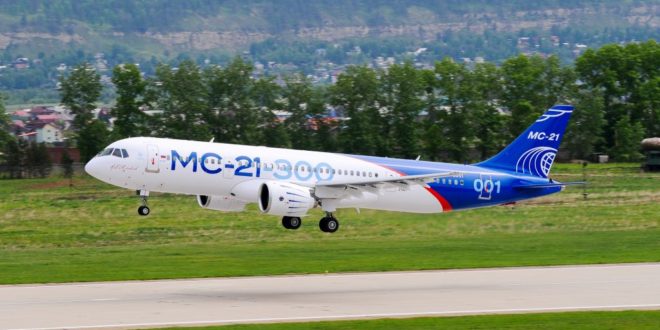 The MC-21 program was launched in 2007 with the first prototype being rolled out in 2016. The program is headed by Irkut which is a subsidiary of the Russian government owned United Aircraft Corporation.

The aircraft was powered on its first flight with Pratt & Whitney PW1400G-JM engines, the alternate engine option will be the Aviadvigatel PD-14 which is expected to be certified in 2018.

A frequent flyer for both work and pleasure - Vedant has held elite status on many of the major alliances and airlines. Also an avid aviation photographer, his pictures have been published in and on the covers of many international publications.
@TheVedic
Previous Jet Airways adds third Mumbai London Heathrow flight. Good USA connections.
Next Pictures of Vistara A320neo first commercial flight