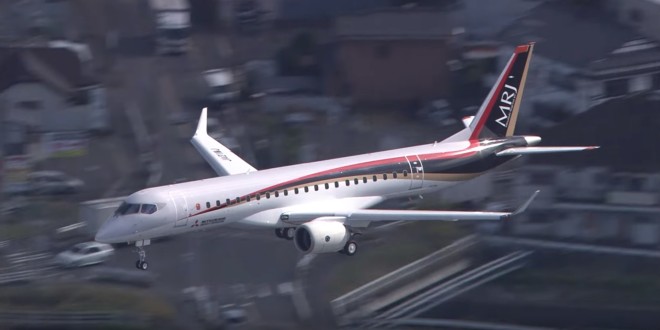 Mitsubishi Aircraft Corporation has announced that the first delivery of the Mitsubishi Regional Jet (MRJ) will be delayed from mid-2018 to mid-2020. The delay is due to reconfigurations in the aircraft’s electrical and a few other systems.

The company had previously planned to deliver the first MRJ to launch customer ANA by mid 2018. The MRJ was initially meant to enter service in mid 2013 but the program has suffered many delays with the first flight occurring only in November 2015 almost four years behind the initial schedule.

The new delay is expected to make it more difficult for the MRJ to pick up new orders in a segment held by Bombardier and Embraer. The MRJ had around 240 firm orders before announcing the latest delay, how the delay will affect these orders is unknown.

A frequent flyer for both work and pleasure - Vedant has held elite status on many of the major alliances and airlines. Also an avid aviation photographer, his pictures have been published in and on the covers of many international publications.
@TheVedic
Previous Etihad Aviation Group CEO James Hogan and CFO Rigney to quit
Next Airlines scramble to change crew rosters after Trump’s travel ban