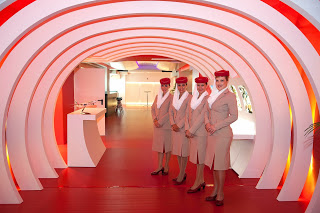 Airlines across the world, particularly the middle eastern and gulf majors scrambled to change their crew rosters to comply with the executive orders passed by U.S. President Donald Trump on Friday, which suspends the entry of citizens of seven nations, Iran, Iraq, Libya, Somalia, Sudan, Syria and Yemen, in to the United States.

All crew already need a special visa to enter the United States, but under the executive order, crew members from the seven nations cannot enter. This has thrown the airlines’ crew schedules, normally planned months in advance in to disarray. However, all major airlines have, reportedly, made “the necessary adjustments” to comply with the new order.

Global airlines employ crew members of diverse nationalities. In addition to basic business sense, diverse nationalities are needed to provide better inflight sensitivity of and in response to, diverse cultures. Most foreign airlines employ Indian cabin crew on their flights to India, some even trying to match south Indians for their flights to south India.

The poorly drafted order has created confusion on the status of citizens with dual nationality of an approved country along with the seven prohibited, and also to Green Card holders, leaving the world’s airlines in a very confused state.

Most airlines have indicated, they will be contacting the U.S. Customs and Border Protection agency to obtain detailed clarifications. Many airlines like British Airways, Lufthansa, Etihad, Emirates, etc., indicated they will offer refunds to those passengers affected by the travel ban.

A electronics and automotive product management, marketing and branding expert, he was awarded a silver medal at the Lockheed Martin innovation competition 2010. He is ranked 6th on Mashable's list of aviation pros on Twitter and in addition to Bangalore Aviation, he has contributed to leading publications like Aviation Week, Conde Nast Traveller India, The Economic Times, and The Mint (a Wall Street Journal content partner). He remains a frequent flier and shares the good, the bad, and the ugly about the Indian aviation industry without fear or favour.
@BLRAviation
Previous Mitsubishi delays MRJ delivery to 2020
Next Qatar Airways A320neos diverted to IndiGo 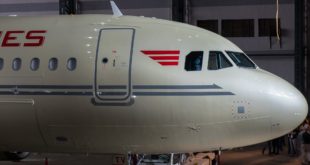