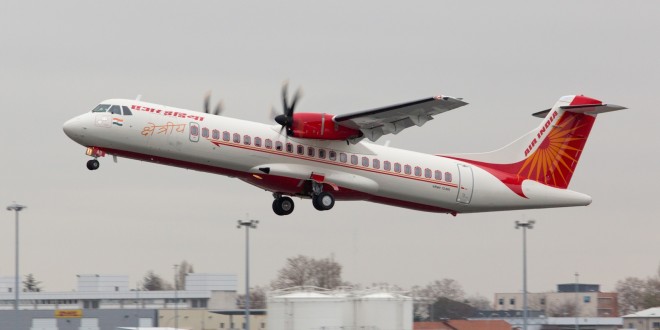 National carrier Air India has announced it will launch thrice a week flights between Bengaluru (BLR) and Hubballi (HBX) from 20th July. The flights will be operated by ATR 72-600 turboprop aircraft.

The flights will operate on Monday, Wednesday and Friday as per the following schedule :

Currently, Bengaluru-based Air Pegasus services Hubballi region from the city with daily flights while budget carrier SpiceJet services Belgaum with daily flights that is only 84 km away from Hubballi. The new route is a part of Air India’s Connect India program that focuses on introducing or increasing frequency to lesser known towns using suitable aircraft. In June, Air India Chairman and Managing Director Ashwin Lohani in an interview claiming that the airline’s ambitious plan was pro the new aviation policy said, “Our prime focus is to increase regional connectivity. We will try to connect as many places as possible.”

Mr. Lohani has also commented that the relaxation of the 5/20 rule is welcome and the increased competition will ultimately benefit the passengers.

On Monday, the airline announced two international routes. The Ahmedabad-London-Newark flight will commence from August 15 and Delhi-Madrid from December. Destinations such as Washington DC, Scandinavian countries, and Africa are also on schedule for the next year along with a fleet expansion from the current 133 to 232 in the next four years.