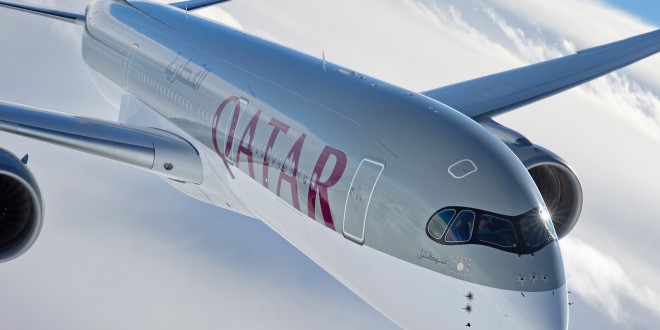 The new flight operates daily and offers morning arrivals at the destination in both directions. Unlike the existing evening service which targets the Indian sub-continent, the new service appears to cater to O&D passengers and those wanting onward connections within the region.

Curiously the new service will operate from terminal 7 at JFK while the original service remains at terminal 8.

Qatar Airways was the launch customer of the A350-900 which offers a lower pressurisation altitude and higher cabin air humidity which does not tire passengers as much as earlier generation aircraft.

The A350 features Qatar’s new business class cabin product in a 1-2-1 herringbone configuration with direct aisle access to each seat, and a stand-up lounge bar.

The in-flight entertainment (IFE) system and flight information system in both classes is the newest version.

Qatar operates eight A350s on routes to four different continents; Frankfurt and Munich in Europe, Singapore in Asia, Philadelphia and Boston in North America, and soon to start Adelaide in Australia.