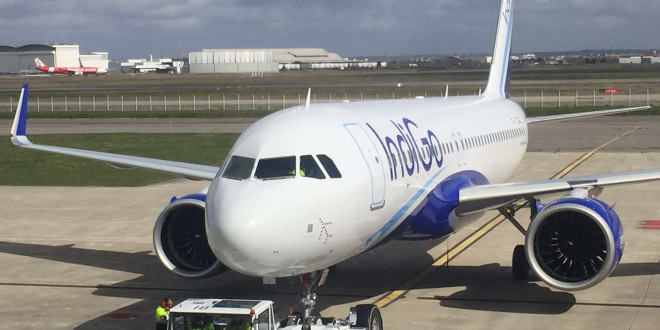 Analysis: How will IndiGo integrate the Airbus A320neo?

Indigo received their first Airbus A320neo (new engine option) today and within a week of the Directorate General’s of Civil Aviation approval with type certificate.

With a few more formalities the aircraft will be ready to fly the Indian skies making Indigo the first Asian and Indian operator of the new aircraft. Other airlines (GoAir, Vistara and Air India, all have NEOs on order), will look to IndiGo as a template to induct the new aircraft into their respective fleets.

It is likely that Indigo will take a somewhat measured approach to ensure the teething issues that a new airplane brings are effectively handled, and also ensure that there are no challenges with the Pratt and Whitney engines that have been reported.

For the lay person, the A320neo is simply the A320 with a different engine. However, for airlines there are differences which require additional training for operating crews and engineering staff. Specifically, there are new pylons, changes to the wing structures and minor changes to the electrical and pneumatic systems.

Flight crews have to undergo ‘differences training’ to ensure that all of these items are covered and for operators this will mean some additional costs, even if minimal. From the engineering stand-point it is a new aircraft and will require more familiarisation, especially with the engines. Pratt & Whitney usually station their own representatives with the operating airline as a part of the overall package, and especially so with IndiGo, which, as of now, will be the largest customer of Pratt equipped A320neo

The Pratt & Whitney PurePower PW1127G-JM Geared Turbo-Fan (GTF) engines on the A320neo have been in the news earlier due to some issues. The original launch customer Qatar Airways has not yet taken delivery of its PW powered neos, and delivery to IndiGo has been delayed by little over two months. The problem is as described by Addison Schonland at AirInsight,

If the engine is allowed to cool down, it cannot be re-started again too soon. A restarted engine has to run at idle for three minutes before moving to full throttle until software fixes are provided. ….. this is an issue for an operator that wants to turn an aircraft quickly,

The link for the AirInsight article is at the end of this article.

With the A320neo already flying with new launch customer, Deutsche Lufthansa, it is common practice that Airbus will provide feedback on operational challenges. One must also consider the very different environmental conditions from Europe versus India and the Middle East, which have higher impact on engine performance. In this case it will have to be closely monitored as the issue is with a heating differential. Industry sources have indicated that the Lufthansa are likely to start flying eight sectors a day on their A320neo, but this is a challenging number.

The induction by Indigo indicates that Pratt and Whitney have moved fast to ensure the software fix on the engines. As per sources, the software fixes will come in patches and as of now it is not confirmed which patch has been applied for the airplane received by Indigo.

It is also learnt that Indigo has planned around additional ground time for the aircraft to cater for the cooling times. Finally, it is likely that the first few routes of the NEO will be ones where IndiGo has a strong maintenance base, along with space. Likely routes the first NEO’s would fly are New Delhi-Hyderabad and New Delhi-Bangalore.

Challenges to the LCC business model

Building in additional ground times is contrary to the LCC business model and could pose challenges in terms of aircraft utilisation. However, given Indigo’s 100+ aircraft fleet, impact will be minimised considering overall network adjustments, including the use of spare aircraft.

For the delay one can expect IndiGo, being the largest customer for the Pratt powered A320neos, to be well compensated by the engine manufacturer.

Using the new Airbus Space Flex cabin, the A320neo will also give each operators six to nine more seats per aircraft (186 or 189 compared to the 180 on the A320ceo). This leads to an immediate CASK (cost per available seat kilometre) reduction and capacity addition in the range of three per cent to five per cent.

Despite the increase in seating, the certified MTOW (maximum take-off weight) of the new aircraft remains the same, thus ensuring no increase in airport landing and parking fees.

Given the rising demand in one of the fast growing airline markets in the world, both the capacity increase and cost reduction are desirable factors. The capacity increase also benefits NEO operators at slot constrained airports like Mumbai, New Delhi, Pune and Goa, and expect NEO deployment to be initially focused on certain routes. International routes where the fuel efficiency of the neo is maximised, will be the other routes for the new aircraft.

NEO and MAX no longer as attractive

Both the A320NEO and its competitor the Boeing 737 MAX face diminished interest given certain global macro-economic changes in the last two years.

The drastic drop in fuel prices have lowered the fuel cost benefits vs. the additional capital expenses for both the NEO and MAX.

In India, though this balance is still tempered by the short-sighted tax hikes (from 8% to 14%) imposed on aviation fuel in the recent budget and the weakening of the rupee against the dollar due to the anticipated rise in US interest rates. These should make the financial planners at airlines look hard at the numbers.

In India, the third calendar quarter of July to September is slowest in demand. School holidays end and the festival season starts only in the fourth quarter. This cyclical slowdown coupled with the delays in delivery may see some deferments in A320neo inductions by some operators.

All these macro-economic factors may see extensions of current leases and continued induction of old, and less capital intensive A320ceos. Deferment can also help operators in managing capital expenses which is a rare luxury in the airline business.

Bangalore Aviation will keep you posted on updates as they happen.

The AirInsight article on the GTF engine problems.