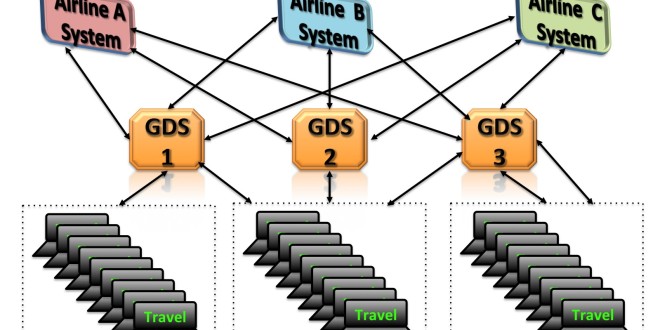 With the recent news around Lufthansa levying a surcharge for all bookings via global distribution systems (GDS), the debate on airline distribution has returned to the forefront. We examine the distribution strategies of various airlines in the Indian context

Despite the push by airlines to offer direct bookings via their websites, these global distribution systems still handle significant booking volumes

There are approximately 163,000 travel agencies around the world and three major distribution systems viz. SABRE, Travelport and Amadeus. At the end of calendar 2013, their market share based on air segments were:

Globally, 85% of airline inventory sold on-line and this is also reflected in the 2013 booking volumes:

Global average GDS costs are $6/segment but actual costs can vary and be as high as $9 per segment. Blended cost of GDS is about 1% on price of the average ticket price. Airlines pay GDSs to list fares and schedules and also the segment fees. The GDSs in turn use a part of these booking fees to incentivise travel agents that are directing large volumes of bookings. The cut-back on travel agents’ commissions by airlines push the agents to gravitate towards bookings via GDSs which in turn further erodes airline margins. It is not just money; airlines lose on influence and data on consumer behaviour.

India has about 4,000 – 5,000 travel agencies. Of these about 2000- 2100 are IATA accredited agents. An accredited agent must complete certain tasks and training, and meet certain requirements imposed by the International Air Transport Association (IATA). The accredited agents are extended terms and possibly discounts by the GDSs and the airlines. The balance agents sell and book tickets as sub-agents of an IATA agent. The influence of travel agents in the Indian market is particularly high. This is fairly unique and there are several reasons for this ranging from the ability to get credit, the use of cash (for obvious reasons, as opposed to plastic), a lack of familiarity with air travel booking, the desire to get a great deal, and also due to India being a relationship based market where bookings are made because the agent is familiar and trusted. The complex (and at times convoluted) system of payments between elements of the value chain makes it likely that the travel agents will continue to wield power in the Indian market.

LCCs move away from GDSs

Indian low cost carriers (LCCs) do not use a GDS. They, instead, encourage bookings directly via their website (referred to as airline.com) or via on-line travel agents (OTAs). Direct bookings help airlines as they:

Try as they may, and as big as they may, an airline just does not have the coverage, agent or geographical, the GDS companies do. So, as airlines grow and expand, especially in foreign markets where their brand is less known, LCCs will list via GDSs for the increased sales coverage. Ryanair and Easyjet, both behemoths of the LCC world, have recently started to list with GDSs.

For the time being GDSs are here to stay

There is no capability equivalent to global distribution at present. These GDS are fairly hard to create and their reach is unparalleled. Listing with a GDS immediately increases an airlines sales coverage globally and more importantly provides access for the managed travel market, a fancy term for the corporate travel market. The corporate market is critical due to the higher fare levels that can be charged and the consequent impact on yields.

There have been attempts to create parallel systems but they have met limited success. IATA attempted the New Distribution platform (NDC) but the project has not shown signs of progress. Google ITA was considered a competitor but indications from Google are that project has been shelved as well.

As much as airlines want to move away from Global Distribution Systems, in the short and medium term they are here to stay.