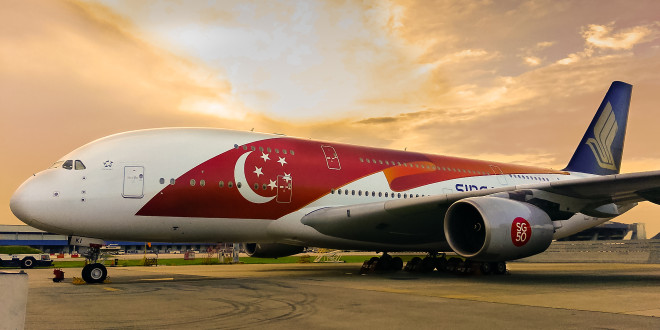 One of the two Airbus A380's painted into the special SG50 paint scheme. Singapore Airlines Image.

The first aircraft in the special scheme is 9V-SKI is expected to be in service from early June while the second special scheme A380 will join it in July. Both aircraft will wear the scheme till the end of 2015.

The airline will also sell 1:200 and 1:100 scale models of the special livery from July onwards via the Krisshop.

The airline is also offering discounts on KrisFlyer redemptions and a lucky draw of 50 flight tickets for passengers who book and fly on Singapore Airlines or Silk Air flights from the 18th of May till the 31st of July.