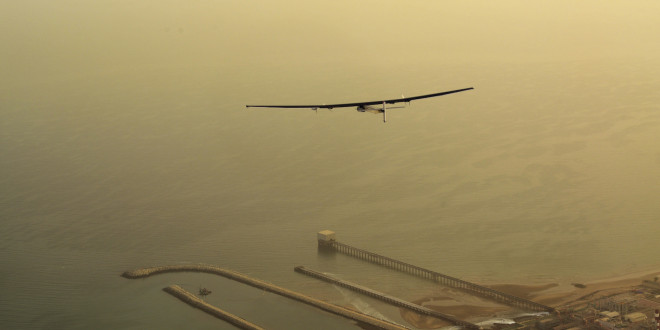 Solar Impulse takes off from Muscat towards Ahmedabad.

Swiss solar plane, Solar Impulse 2 is set to land at Ahmedabad later today. The aircraft is attempting to circumnavigate the globe to help achieve the project goal which is to raise awareness about new sustainable sources of energy or in their words ” demonstrate that the actual alternative energy sources and new technologies can achieve what some consider impossible”.

Solar Impulse began it’s round the world fight from Abu Dhabi in the UAE to Muscat, Oman. The next leg will see the aircraft land in India at Ahmedabad after which it will fly to Varanasi and then onwards to Mandalay, Myanmar.

The aircraft is being piloted from Muscat to Ahmedabad by project founder Bertrand Piccard who along with co-founder André Borschberg are the two pilots who will fly the aircraft around the world.

“With our attempt to complete the first solar powered round-the-world flight, we want to demonstrate that clean technology and renewable energy can achieve the impossible. We want youth, leaders, organizations and policymakers to understand that what Solar Impulse can achieve in the air, everyone can accomplish here on the ground in their everyday lives. Renewable energy can become an integral part of our lives, and together, we can help save our planet’s natural resources,”

Solar Impulse 2 which is the second aircraft built in the Solar Impulse project has a wingspan of 71.9m which is larger than that of the Boeing 747-8. The massive wing houses 17,248 photovoltaic cells which power the aircrafts four electric propellor engines. Despite it’s massive size the Solar Impulse weighs only 2300 KG, thanks a large part to it’s carbon fibre construction.

“Solar Impulse is not the first solar airplane, however it is the first able to cross oceans and continents – remaining in the air for several days and nights in a row without landing But now we have to ensure the sustainability of the pilot in order to complete the route; Solar Impulse 2 must accomplish what no other plane in the history of aviation has achieved – flying without fuel for 5 consecutive days and nights with only one pilot in the unpressurized cockpit.”

Images are copyright of Solar Impulse and have been used with permission.

A frequent flyer for both work and pleasure - Vedant has held elite status on many of the major alliances and airlines. Also an avid aviation photographer, his pictures have been published in and on the covers of many international publications.
@TheVedic
Previous Spicejet Q400 skids off runway at Hubli
Next Vistara to acquire GoAir. Will fly international soon. 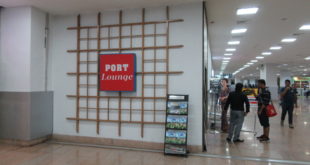