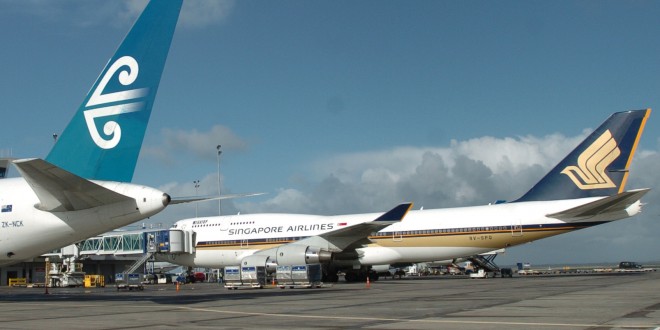 Star Alliance members Singapore Airlines and Air New Zealand who announced an alliance in February, will launch their flights under the alliance from January 6, 2015. Tickets for their code-share flights are on sale now.

Air New Zealand will operate its newly refurbished Boeing 777-200 aircraft configured in Business Premier, Premium Economy, Economy Skycouch and Economy seating. Singapore Airlines will operate the retro-fitted Boeing 777-200ER aircraft to Christchurch, A380 super-jumbos to Auckland during Kiwi summers, which will switch to Boeing 777-300ERs during the northern summer time-table which is winter for New Zealand.