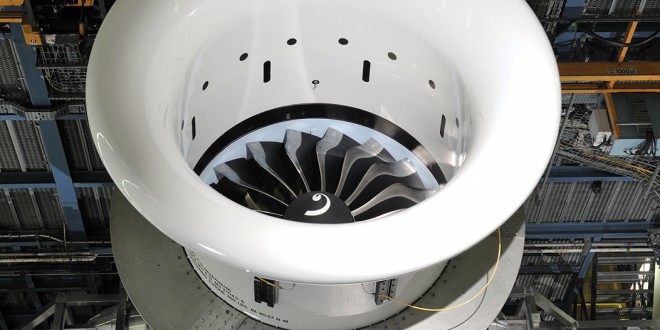 CFM International has successfully started ground testing of the first LEAP-1B engine.  The LEAP-1B will be exclusive engine for the Boeing 737 MAX. CFM ran the engine for the first time on June 13, three days ahead of schedule. The LEAP-1B engine, installed in a test cell at Snecma (Safran) facilities in Villaroche, France, successfully completed a series of break-in runs before reaching full take-off thrust.

This LEAP-1B engine is part of the most extensive ground and flight test certification program in CFM’s history. The total program, which encompasses all three LEAP engine variants, includes 28 ground and CFM flight test engines, along with a total of 32 flight test engines for Boeing, as well as Airbus and COMAC. Over the next three years, these engines will accumulate approximately 40,000 engine cycles leading up to entry into service. By the time this engine enters service, CFM will have simulated more than 15 years of airline service with 60 different engine builds.

In 2008, when CFM officially launched the LEAP engine, it was the company’s first all-new centerline engine in nearly 40 years. The engine was intended to bring double-digit improvements in fuel efficiency, emissions and noise, while maintaining the reliability and low cost of ownership of its predecessor, the CFM56 engine family which powers a wide range of aircraft like the current Boeing 737, the Douglas DC-8, the Boeing KC-135, etc.

In 2011, Boeing selected the LEAP-1B as the sole powerplant for its new 737 MAX. CFM has been the only engine provider for the 737 aircraft family since the 737 Classic entered service in 1984.

“CFM has a proven history of delivering the most reliable, high-performing engines in the single-aisle market,” said Keith Leverkuhn, vice president and general manager, 737 MAX program, Boeing. “The start of testing on the LEAP-1B engine for the 737 MAX demonstrates that we are on track to deliver the most fuel-efficient single-aisle airplane family in the industry in 2017.”

The engine will continue to be on test for the next several weeks, during which time CFM will verify its mechanical operation, operability (stall margin), engine starts and test new technologies incorporated in the engine, including the woven carbon fiber composite fan, the Twin-Annular, Pre-Mixing Swirler (TAPS) combustor, ceramic matrix composite shrouds in the high-pressure turbine and the titanium aluminide blades in the low-pressure turbine. The LEAP-1B is specifically optimized for the 737 MAX with a smaller, highly efficient core and benefits from these new technologies.

“We are really excited to have this engine on test. Now that we are running at full power, we can really see what it is capable of,” said Cédric Goubet, executive vice president for CFM. “All of the testing we have done to date has validated the technology choices we made. The LEAP-1B engine will deliver everything we have promised and more.”

A frequent flyer for both work and pleasure - Vedant has held elite status on many of the major alliances and airlines. Also an avid aviation photographer, his pictures have been published in and on the covers of many international publications.
@TheVedic
Previous Boeing 787-9 Dreamliner earns FAA and EASA certification
Next Video: Crosswind landings – where airline pilots earn their salary