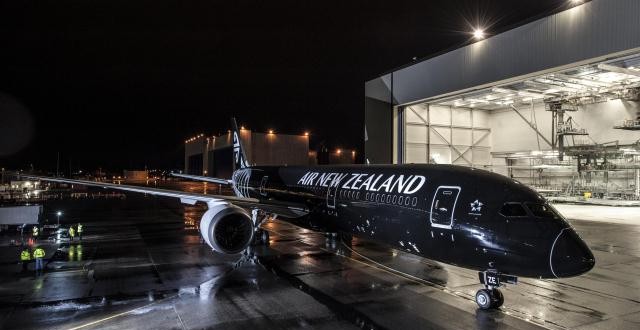 To earn certification for the 787-9, Boeing undertook a comprehensive test program with five airplanes and more than 1,500 hours of flight testing, plus ground and laboratory testing. Following the certification process, the FAA and EASA each granted Boeing an Amended Type Certificate for the 787-9, certifying that the design complies with aviation regulations and is safe and reliable.

Boeing is now in the final stages of preparing for the first 787-9 delivery to launch customer Air New Zealand.

“Certification is the culmination of years of hard work and a rigorous flight-test program that started with the 787-9’s first flight last September,” said Boeing President and CEO Ray Conner. “With this validation that the airplane is ready for commercial operations, Boeing along with our airline and leasing customers now look forward to introducing the newest member of the Dreamliner family to passengers around the world.”

“Throughout 787-9 development, the dedication and discipline of our entire global team drove outstanding performance,” said Mark Jenks, vice president, 787 Airplane Development, Boeing. “From the start of assembly last spring to a flawless first flight and now our on-time certification, we thank everyone on the Boeing and partner team as well as our customers for making 787-9 development so successful.”

A frequent flyer for both work and pleasure - Vedant has held elite status on many of the major alliances and airlines. Also an avid aviation photographer, his pictures have been published in and on the covers of many international publications.
@TheVedic
Previous Qatar Airways starts flights to Tokyo-Haneda
Next CFM LEAP-1B engine for the Boeing 737 MAX begins ground testing