US low cost carrier Southwest Airlines has released some of the details of the planned initial utilization of their new fleet of Boeing 737-800 aircraft.

Southwest’s first two 737-800s (out of 73 that were ordered), will enter service on April 11, 2012. These aircraft will come equipped with the new Boeing Sky Interior that features larger windows, mood lighting, and enhanced overhead bins.

These first two aircraft will be based in Chicago-Midway and Baltimore-Washington, and be used primarily for flights to Florida. From that point, the operation will spread outwards, with the aircraft “flying longer-haul routes like between Chicago Midway and the West Coast, between Baltimore/Washington and California, and between Florida and Las Vegas.”

The 175 seat 737-800s for Southwest will feature single-class seating with 32 inches of seat pitch, more than is typically offered by the full service US airlines in their economy classes.

We will update this post with flight schedules when they become available.

However, the initial flight has been confirmed as Southwest flight 1717, departing Chicago-Midway for Fort Lauderdale on April 11th, at 7:00 am.

@twitter.com/theabvinay
Previous AirAsia receives its 100th Airbus A320, paints it in a Dragon livery
Next Financial troubles put Kingfisher Airline’s entry in to oneworld on indefinite hold 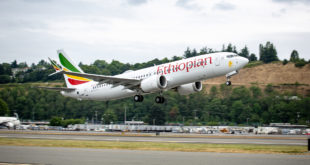