SpiceJet may just redefine the perception of business class

May 13, 2019 Comments Off on SpiceJet may just redefine the perception of business class 73 Views

May will see the launch of SpiceBiz – SpiceJet’s business class product. It is a strategic shift for an airline that operates on the LCC business model and one that leverages the opportunity presented after the grounding of Jet Airways. The industry is abuzz with debate on whether SpiceJet can pull this off. Our contention is that SpiceBiz may redefine the perceptions of the business class product and revolutionise the concept of business class. 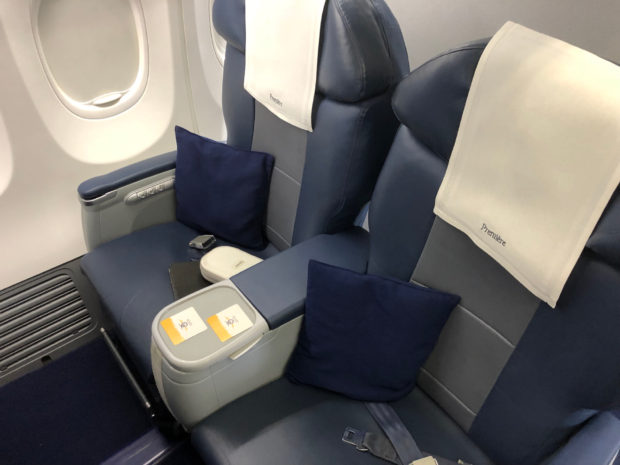 The product will be offered on select flights between metro cities. These are destinations that are on average 1.5 – 2 hours apart. And they have corporate demand – on at least one end of the route. There are twenty two routes where this product will be available. On a roundtrip basis these are:

As  is evident, one end of each route is in a city with sizeable business demand. Mainly Mumbai and Delhi.

The unique selling proposition is price

A business product usually sells on attributes other than price. This is as the high-yield traveller is price-inelastic. Rather, s/he cares for items such as schedules, frequencies and loyalty programs. On schedules SpiceJet has some good day-return schedules for metro cities (which means an early AM departure and back home in time for dinner). It is on the frequencies that SpiceJet may face a real challenge.

Competitors like Vistara have built up frequency share thereby enabling them to offer more options on routes to business travellers.

Finally on the frequent flyer program, SpiceJet may have to accelerate the pace of partnerships. Because as a LCC CEO once opined, “whats better than having an employer pay for your tickets and then getting miles for your personal use.”

In this case, SpiceJet is attracting the business traveller by offering lower fares. This will be embraced by the very price sensitive market but will also lead to disruption and segmentation.

The differentiated service remains a matter of debate

Marketers often tend to promote vague concepts like “level of service” or the “personal touch.” For the consumer this are nice-to-have but the strategic question is whether they are so differentiated and unique that they command a premium.

For the SpiceBiz product the jury is out on this one and only time will tell. Industry buzz is that the airline is training cabin crew to deliver a “premium service” but it is worth repeating that what matters in the end is whether the service will command a premium. The pricing strategy indicates otherwise.

The pricing can disrupt the market and segment travellers further

With the introduction of the business class, SpiceJet has gone from a configuration of one eighty nine seats to one that has twelve business class seats. In capacity terms this means a 17% reduction in capacity on economy seats. Effectively its sales team has thirty-three fewer seats to sell and has to make up this difference via twelve seats in business. Keep in mind that the business product shows variability by day of week. That is, one has more business travellers on Mondays, Wednesdays and Fridays with demand usually weaker on Tuesdays and Thursdays and weakest on weekends. This also has to be factored into the pricing. Thus, pricing this is both a challenge and opportunity.

Current pricing levels indicate that Spice on average is pricing 25% – 27% lower on business class. This is ideal for launch but given that competitors on the business product – mainly Vistara and Air India – are pricing much higher over time SpiceJet if enough high-yield passengers (read: business class) gravitate to SpiceJet, competitors will be forced to match. And this is where SpiceJet may win – given its lower cost base (CASK).

The other effect this may have is the segmentation of travellers. SpiceJet may very well attract a chunk of the business traveller population. Yet, there will be those that only fly business-class on a Vistara or Air India driven by no only the product but the frequent flyer programs. The separate terminals in Delhi and Mumbai and the fact that these are better positioned (in terms of time) to certain business segments will also drive segmentation.

Redefining the perception of business class

The airline business class is a product that has largely been aspirational. Indeed, ten years earlier most folks would use travelling on business-class as social currency. Largely this was due to the pricing levels and also underlying consumer behaviour. Prices which only made sense if one was a business traveller with the cost of the ticket being expensed. And the tendency was to save with railways being a perfectly good option.

But the confluence of consumerism, a growing economy, exponential aviation growth, connectivity and lower price levels may now redefine the perception of business class. A product once out of reach for many may now not be the same way.

Perhaps best summed up when a friend called concerned about his parents’ upcoming travels.  Even though it was a short flight from Delhi to Mumbai he wanted to know how he could ensure they travel comfortably. My advice: why not book them on SpiceBiz.