February 19, 2019 Comments Off on Pictures: BOAC 747 retro-jet rolled out by British Airways 44 Views

A few weeks back I had written about British Airways’ plan to repaint one of their Boeing 747s, with a retro British Overseas Aircraft Cooperation (BOAC) livery.

The livery was the standard BOAC livery between 1964 and 1974. The aircraft G-BYGC entered the paint shop at Dublin Airport on 5 February, with the aircraft having been repainted and put back into service in less than two weeks.

British Airways is celebrating the 100th anniversary of its founding, (or more accurately the founding of its original predecessor Aircraft Transport and Travel Limited, which eventually became British Airways). The airline will be repainting three more aircraft into retro-liveries in the coming months. 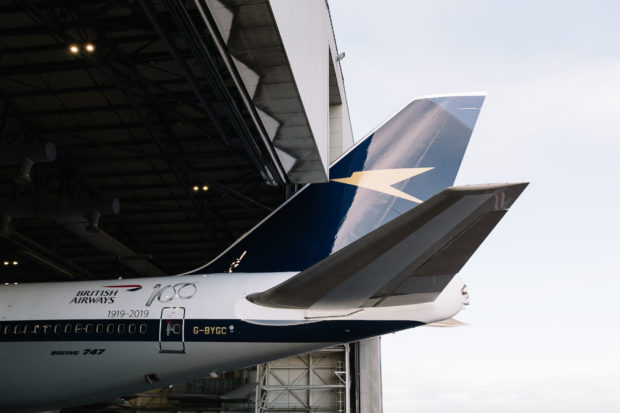 Alex Cruz, Chairman and CEO, British Airways
“The enormous interest we’ve had in this project demonstrates the attachment many people have to British Airways’ history. It’s something we are incredibly proud of, so in our centenary year it’s a pleasure to be celebrating our past while also looking to the future. We look forward to many more exciting moments like this as our other aircraft with heritage designs enter service.”

The aircraft will begin operating today, flying BA117 to New York JFK, which was the first route the Boeing 747 flew in BOAC colours.